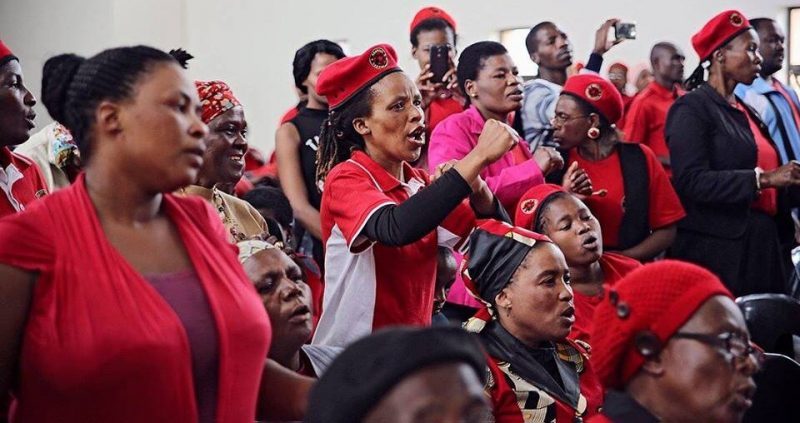 Abahlali have noted the attacks on people born in other counties during these past few days with great sadness. The attacks started in the Springfield Park area in Durban last week and have resulted in numerous people being displaced from their homes and communities. Two people have died.

From the onset our movement’s philosophy of ubuhlalism started from the principle that every human being has an inherent dignity as a human being and should be treated in a way that respects their dignity. This is the foundation of our politic and it is where we draw the strength to rebel against injustice, even when the struggle is long and its cost is very high.

We are committed to the struggle to build a society, and a world, in which every person’s dignity is respected, a world of equality and justice in which land, wealth and power are shared fairly.

RELATED CONTENT: Marielle Franco’s Image Takes Over Walls All Over Brazilian Cities And Beyond

We believe that there is only one human race and that the borders created by colonial rule should be irrelevant to our project to build solidarity among the oppressed and to ensure that South Africa belongs to all who live in it.

In all Abahlali meeting spaces we affirm that this is what we stand for. We affirm that a neighbour is a neighbour and a comrade is a comrade without regard for where they were born, what language they speak or what religion they practice. This is what we stand for and where we engage from before we even begin to engage our engineered impoverishment and landlessness, the repression that we face and the  misery that we are subjected to.

We have always welcomed people born in other countries into our occupations, our communities and into our movement, and at all levels. We have worked closely with migrant organisations for many years. When there have been times of xenophobic violence, like in 2008 and 2015, we have always taken a position that it is our duty to shelter and defend everyone who is under attack.

We note that in Durban the ruling party has shamefully exploited race, ethnicity and xenophobia to divide and weaken the oppressed. We note also that in the lead up to the coming election both the ANC and the DA have made campaigning statements that are deeply xenophobic, grossly irresponsible and that pose a real and urgent threat to our democracy.

The politicians are deliberately building hate to divide us. They know that if neighbours are turned against neighbours their power will be secure.

We call on all political parties to respect the lives and dignity of impoverished people. Violence, discrimination and xenophobia have no place in our society.

As always we are committed to doing all that we can to oppose xenophobia. We call on all progressive forces to work with us in building solidarity between the oppressed in all communities affected by xenophobia.

Umuntu ungumuntu ngabantu. A person is a person by persons.