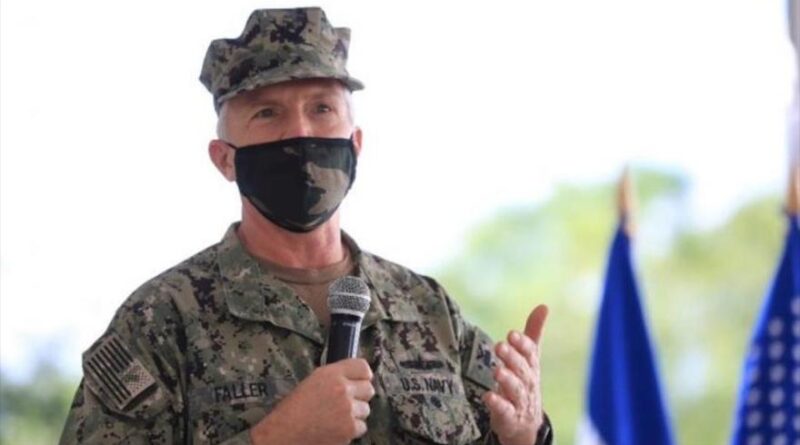 The head of the United States Southern Command (SOUTHCOM) will visit Guyana, at a time of a peak of tension with Venezuela over the dispute over the Esequibo territory.

According to a statement released by the US embassy in Georgetown, the capital of Guyana, Admiral Craig Faller will arrive in the South American country on Monday to meet with government and defense authorities, and discuss the bilateral security partnership between the two countries.

This visit, which will last until Wednesday, takes place amidst growing tensions between Venezuela and Guyana over the territorial dispute over the Esequibo region, where the US, through oil transnationals such as Exxon Mobil, has promoted the breakdown of the negotiations between Caracas and Georgetown stipulated in the Geneva Agreement of 1966.

RELATED CONTENT: Venezuela to Send Letters to International Court of Justice and UN Secretary General in Defense of Essequibo

Faller has been one of the main spokespersons for the warmongering threats that, since the beginning of the Administration of the outgoing US President, Donald Trump, have been launched against the Venezuelan government, as part of the US plans to overthrow the Chavista president, Nicolás Maduro.

The arrival of the Southern Command chief in Guyana follows the visit of US Secretary of State Mike Pompeo in September 2020, when Washington and Georgetown signed a maritime cooperation agreement. At that time, the local press interpreted this agreement as a sign of confidence in Guyana on the border dispute with Venezuela.

On Friday, the Guyana Defense Force (GDF) reported that, under the Shiprider Agreement ratified between Washington and Georgetown during Pompeo’s visit, it will collaborate with the United States Coast Guard in the first in a series of joint exercises with Guyana beginning this Saturday.

This agreement allows joint maritime and airspace patrols “to intercept illegal activities.” The announcement of the “maritime patrols” has set off alarms in the continent because they will be carried out in an area close to the waters that Venezuela claims as its own and that, obeying the Geneva Agreement, cannot be used or exploited by any of the nations in dispute until reaching a definitive agreement through dialogue that benefits both parties.

As a result of the illegal and warmongering actions promoted by the last two governments of Guyana with the support of the US through the International Court of Justice (ICJ) and the promotion of illegal exploitation of the disputed territory, Venezuela has decided to undertake a series of political and legal actions in order to assert its historical rights over Guyana Esequibo.

On December 18, the ICJ declared itself competent to judge the validity of the 1899 Arbitration Award that established the border between the two nations. The decision has been rejected by Venezuela, whose president, Nicolás Maduro, requested on Thursday the Secretary General of the United Nations (UN), António Guterres, to urgently revive the dialogue between Venezuela and Guyana.