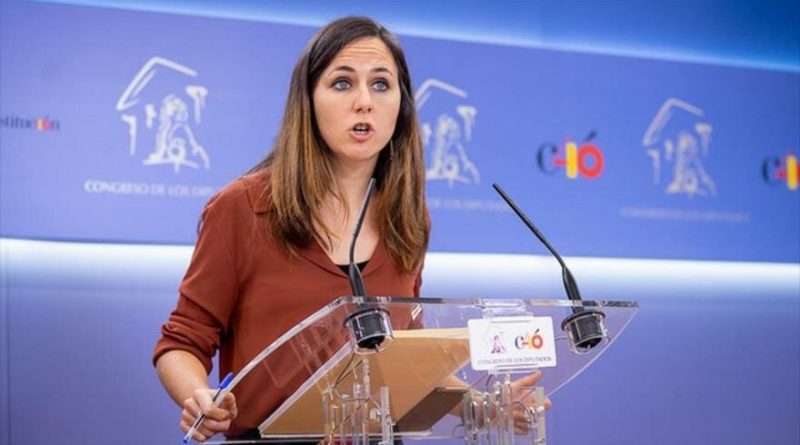 Podemos prevented the Spanish Parliament from approving an institutional declaration in support of the National Assembly (AN) of Venezuela, in contempt since 2016.

[Podemos, the political party of] the purple banner, chaired by Pablo Iglesias, rejected this Thursday an institutional declaration of the Congress of Deputies of Spain in favor of the Venezuelan Parliament of opposition majority, under the pretext that the deputies of this body suffer from “intimidation, abuse of power and violations of their rights as parliamentarians.”

The initiative was intended to give credit to the United Nations’ complaint about alleged “human rights violations” and move forward with the votes from the Citizens, the Popular Party (PP) and the ultra-right-wing Vox.

On January 5, 2016, the Venezuelan Supreme Court of Justice (TSJ) declared the AN (of an opposition majority) in contempt for ignoring a sentence issued by the highest judicial organ to not swear in deputies for having committed electoral crimes.

The one who is least interested in the situation in Venezuela is the one who systematically uses it for internal policy and, in that, PP and Citizens have a lot of experience,” underlines the spokeswoman for Podemos, Ione Belarra, in reference to a debate to approve an institutional statement in the Spanish Parliament in support of the National Assembly (AN) of Venezuela, in contempt since 2016.

The deputy spokeswoman for Podemos, Ione Belarra, has justified the position of her party. “The one who is least interested in the situation in Venezuela is the one who systematically uses it for internal politics and, in that, PP and Citizens have a lot of experience,” she said.

In the text, presented by the orange banner [Citizens’ Movement Party] for institutional approval, it was emphasized that “Spanish deputies cannot look the other way when the United Nations denounces so clearly the abuse of power by an Executive against the Legislative power”.

The brief referred to a report commissioned by the United Nations High Commissioner for Human Rights (OHCHR), Michelle Bachelet, which argues that the Government of Nicolás Maduro has committed alleged “serious violations of economic, social, civil rights, political and cultural”.

The origin of this initiative was presented by the Citizens’ party on Wednesday when the spokeswoman for this party in Congress, Inés Arrimadas, met with Antonio Ecarriel, representative in Spain of the coup president of the AN and self-proclaimed “interim president” of Venezuela, Juan Guaidó.

The government of Spain, chaired by Pedro Sánchez, recognized in January that Guaido, as president in charge of Venezuela, had the power to call presidential elections. A measure that faced the rejection of the progressive parties Podemos and Izquierda Unida.

Featured image: The spokeswoman for Podemos, Ione Belarra, offers a press conference in the Spanish Parliament.