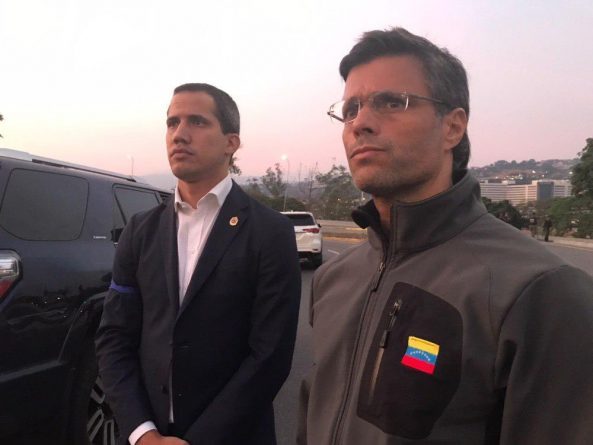 The Government of Spain acknowledged that the fugitive from justice and one of the main authors of the attempted coup last Tuesday, Leopoldo López, can not apply for political asylum status from Venezuela because such a request must be made only within Spanish territory, according to Prensa Latina.

The statement was issued on Thursday by the Spanish Minister of Foreign Affairs, Josep Borrell, about the stay of Lopez at the Embassy of Spain in Caracas, after the violent events on Tuesday led by the former mayor in the Altamira Distributor of the Eastern Highway of the Venezuelan capital.

The head of Spanish diplomacy, when interviewed during an official visit to Jordan, explained that the Venezuelan opponent, who also violated a precautionary measure from house detention on Tuesday, April 30, has not filed a claim for asylum, because “he would have to do it from Spanish territory “.

Likewise, Borrell confirmed that López is indeed in the Spanish diplomatic headquarters in Caracas, as a “guest” and not as an asylum seeker.

“According to our legislation, asylum claims must be produced in Spanish territory, therefore, Mr. López is not an asylee,” he said.

The previous day, in an official statement, Spain reported that Lopez, along with his family, were in the diplomatic headquarters located in the Venezuelan capital.

“Given the contradictory information, we confirm again from the Government that the opposition leader Leopoldo López, along with his wife and daughter, are in the residence of the ambassador of Spain in Caracas,” said the Palacio de la Moncloa.