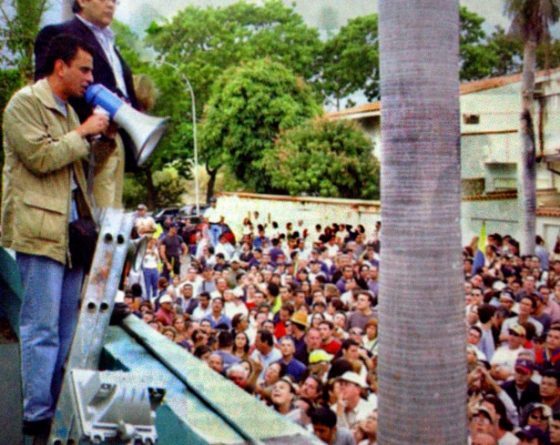 News Security and Defense
May 3, 2019September 9, 2020 orinocotribune chavismo in the contrary us peace, embassies, Fascism, US Imperialism, US puppets

The Venezuelan Minister of Culture, Ernesto Villegas, was interviewed on May 1 on the “Nuestra América Bárbara” program on the Argentine radio station Somos Radio 530 AM, about the attempted coup d’etat, starring Juan Guaidó and Leopoldo López with the direction of the United States government.

The minister said : “I must say that there has been a new defeat of the imperial plans in Venezuela, and it has happened in a somewhat bizarre way, almost bordering on magical realism.”

“The combination of the Venezuelan opposition, which already has a very pathetic leadership, and the gang that currently directs US foreign policy, has resulted in a monster that Gabriel García Márquez could not have imagined in our Latin American reality.”

He noted that “we are surprised by the level of irresponsibility that has overtaken these people.”

The Venezuelan minister recalled that the leaders of the opposition are not Leopoldo Lopez or Juan Guaidó, because in his opinion they are “disposable sheilds” that can be discarded at any time by the US government.

“There are those who say that Leopoldo is once again occupying the space that Guaidó had been taking care of him”, but the fact that López has taken refuge in the Chilean embassy and then in that of Spain puts into question that reading.

In spite of that, it was striking that “in Bolivarian Venezuela, nobody is thinking of surrounding the Spanish embassy, nor did anyone think of surrounding the Chilean embassy “, unlike what happened in 2002, when President Hugo Chávez was overthrown for a few hours and opposition leaders besieged the Cuban embassy on April 12 of that year, destroying vehicles, threatening to lynch his staff and cutting off water and electricity, because supposedly Chavista leaders were sheltered there. There was Capriles Radonski in front ot the Cuban Embassy, at the moment he was part of the same political party with Leopoldo Lopez, Primero Justicia.

Regarding the Venezuelan opposition and the leaders of the US government who support them, Minister Villegas said that they are a cast that “have deceived the world” by saying that they had taken a military base in Caracas, when “they had actually been stationed on the bridge of a highway, a highway exit that is in front of the air base of La Carlota, but they never got into the air base . They were in the historical comfort zone of the opposition in the east of Caracas, in the municipality of Chacao, and there, with a very small handful of soldiers, most of them taken there, cheated – some sergeants, low-ranking lieutenants and very young officers – suddenly found themselves involved in an audiovisual transmission in which the now fugitive appeared Leopoldo López and the self-proclaimed Guaidó, calling on the military to join a coup against President Nicolás Maduro.”

Villegas declared that this is “something unusual,” a “barbarous and unpresentable” thing.

The Venezuelan minister pointed out that the real leaders of the Venezuelan opposition are US President Donald Trump, Vice President Mike Pence, Secretary of State, Mike Pompeo, and the supposed envoy for the ‘democratization’ of Venezuela, Elliot Abrams, of whom he highlighted was involved in the El Mozote massacre that took place in El Salvador in 1981, but now he has taken to “being a Chavista” accusing President Nicolás Maduro of allegedly “destroying Chávez’s legacy,” when for years they criticized the current boss of Venezuelan State for “carrying out a Chavista project”.

Without reducing the seriousness of the attempted coup d’état on April 30, Villegas said that “the jokesters are beginning to say in the WhatsApp states that the so-called ‘Operation Libertad’ was not to free the Venezuelan people, but to free Leopoldo López, that he couldn’t stand his wife Lilian”. But, on the other hand, he pointed out that there are a number of wounded people, mainly military and police officers, and he hopes that the drums of the war will end up disappearing and the situation will evolve towards increasingly less violent stages.