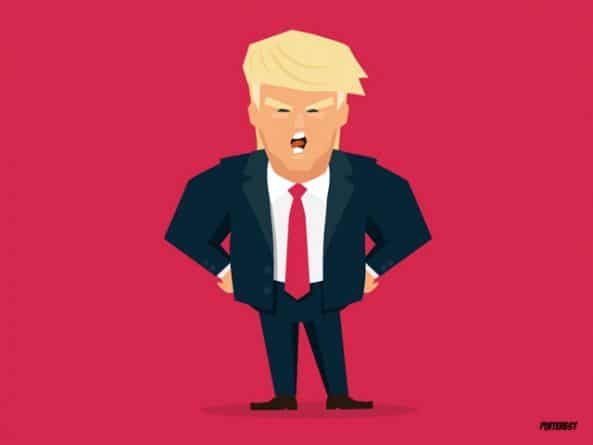 According to a report in the Spanish newspaper ABC, the president of the United States (USA), Donald Trump, is not interested in continuing with plans to achieve “the abrupt ouster” of Nicolás Maduro’s government in Venezuela.

The outlet reported that “the moment of maximum pressure (…) has been exhausted without the expected outcome and now circumstances lead to a negotiation between the parties”.

This assertion is based on confessions made during “the last days in Washington” according to “various sources consulted”.

In addition, ABC points out that “the lukewarmness of most of the international community when it comes to fully playing the letter of recognition to Juan Guaidó” has also influenced Trump’s resistance to continue with the immediate plan to get Maduro out by force; this is in addition to the recent “leaked” statements by Secretary of State, Mike Pompeo, who stressed that the opposition is extremely divided and that at least 40 Venezuelan politicians aspire to be president.

Mention is also made in the Spanish newspaper to the negotiation process underway in Oslo, Norway, in which most of the international community bet for a reasonable and non-violent solution to the Venezuelan political conflict.

“Guaidó, reluctant to negotiate, has already admitted the possibility of a process channeled from Norway. In this negotiation internationally endorsed, in a process that to reach a successful conclusion must be broader and more rigorous than previous experiences in the Dominican Republic, Maduro can achieve his maximum objective -to stay in Miraflores Palace until new presidential elections are held,” writes ABC.

Similarly, in this process of dialogue, “the opposition can aspire to what should be its absolute red line: to compel transparent elections (through an open electoral national council, without the use of voting machines, with a revised and public electoral register)”, published the right wing newspaper.

ABC adds that Trump’s loss of interest is also due to the failure of the military uprising attempt led by Juan Guaidó and Leopoldo López, among other actors of the extreme right in order to overthrow Maduro.

RELATED CONTENT: Diego Arria: There are Five President Wannabes in the Venezuelan Opposition

“After the failure of the “action” on April 30, which was to lead to the overthrow of Maduro, Washington has already given up on provoking the immediate ouster of the Chavista leader. (…) the point is that Trump himself has already lost interest in forcing something that has proven to be more complicated than what John Bolton, National Security Adviser, and other collaborators represented to him,” explains ABC.

The newspaper also explains that “the time is against Guaidó”, although the Trump administration maintains pressure against Venezuela through the imposition of coercive measures that intensify the economic, financial, commercial and diplomatic blockade; in turn it affects the daily life of Venezuelans in sectors such as energy (fuels, vehicle oils, domestic gas, oil), food, medicines, among others, to “continue to take away Maduro’s oxygen”. In the next six months (by December 2019), the National Assembly -in contempt since 2016- must appoint a new president to cover the alleged interim of Guaidó, self-proclaimed “head of state” on January 10 in a public square in Caracas.

“In just six months the mandate of Guaidó will end, who at the beginning of January should cede the position of president of the National Assembly to the leader of one of the minor opposition parties, in accordance with the pact established after the opposition victory in the legislative acts of 2015,” explains ABC.

In addition, the newspaper highlights that for his part, Maduro gains time in his favor through dialogue, something that strengthens his mandate, and demoralizes “those who had believed in the offensive of Guaidó and the aggravation of the situation due to the effect of sanctions “.

“When the elections take longer, Maduro has a greater capacity to control an electorate increasingly reduced to the popular classes (…) and has more arguments in his hand to jointly hold the presidential and legislative elections, thus shortening the mandate of the National Assembly”, concluded the newspaper.