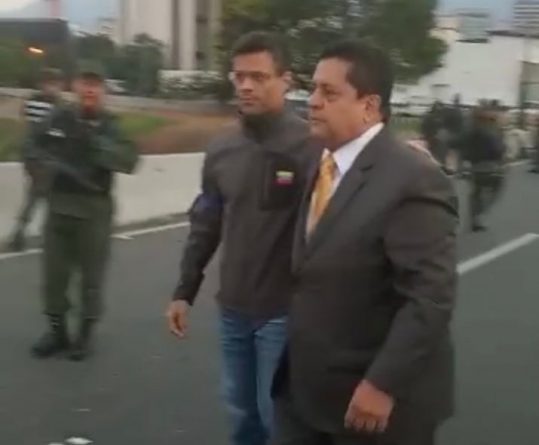 The High Commissioner of the United Nations for Human Rights, Michelle Bachellet, has put as a condition for her visit to the country the release of opposition “political prisoners” as they are called by the opposition.

Apparently, the Venezuelan government agreed to release opposition leaders such as Edgar Zambrano, Juan Requesens, among others, whose release announcement will be made during the visit of the UN High Commissioner.

This was reported on his YouTube channel by Argentine journalist Juan Gasparini, who is based in Geneva, Switzerland, headquarters of the UN Office of the High Commissioner for Human Rights.

On Friday, the UN announced that the former president of Chile will visit Venezuela between June 19 and 21, responding to President Nicolás Maduro’s invitation delivered last November.

“You will see an announcement of release of political prisoners on the occasion of this visit, it was one of the issues that blocked the possibility that the High Commissioner accept the invitation made by Maduro in November of last year,” Gasparini reported.