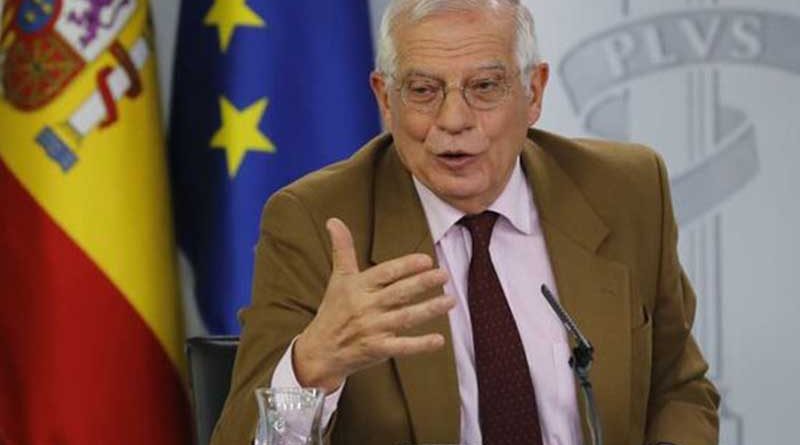 The Minister of Foreign Affairs of Spain, Josep Borrell, accused the United States of acting in Venezuela with the attitude of a “cowboy” (vaquero), “who goes saying ‘watch me draw’.”

This was reported by the Spanish newspaper El Mundo , which reported an interview with the diplomat on Spanish Television (TVE) on Tuesday.

For Borrell, the best thing for Venezuela is to give continuity to the International Contact Group, an initiative of the European Union, which “is not on the same wavelength as the US administration”. Meanwhile Venezuelan government has reiterated recently it wont sign their Declaration because it represents a clear interventionist stand when requesting for immediate elections as precondition to any dialogue.

On the situation in Venezuela he said: “This can only have a way out that allows us to go to elections and we reject demonstrations that border on military interventions.”

The foreign minister reiterated that Leopoldo López is only a guest at the residence of the Spanish ambassador, and that he can not ask for asylum because he is not physically in the Iberian country.

Likewise, he dismissed the statements of Pablo Iglesias, leader of the Podemos party, who claimed that a source from the Foreign Ministry had told him that recognizing Juan Guaidó as interim president of Venezuela had been a mistake.

However, he stressed that after several months, the president of the National Assembly “has not taken control of the administration or the Army” and that Spanish diplomacy can not “ignore” who controls the territory, the administration and the army, which is Nicolás Maduro.