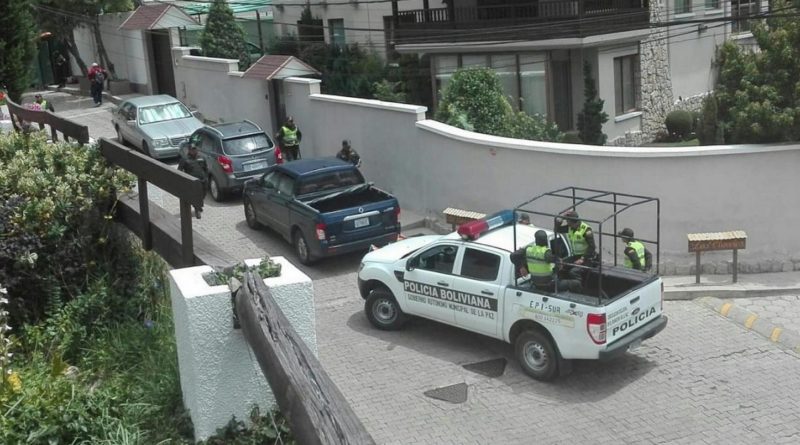 Spanish officials were held on Friday at the Mexican Embassy in Bolivia, where the police and military siege continues, generating tension with the government of Andrés Manuel López Obrador.

The diplomatic headquarters of Mexico in Bolivia is home to nine officials of the legitimate government of Evo Morales, who took refuge in the place alluding political persecution after the coup d’etat consummated on November 10.

Spanish officials were visiting the embassy to check on the situation of the isolated Bolivian asylum seekers.

At the end of the meeting, Bolivian security forces prevented them from leaving the site and did not allow their security personnel enter.

The event was reported by the Mexican ambassador, María Teresa Mercado, through a tweet that was subsequently deleted.

In the post, the Mexican official explained that “heavily armed” military cars had arrived surrounding the building.

“We will honor what our foreign policy has always meant, which has been a worldwide example of guaranteeing the right to asylum,” President Andres Manuel López Obrador said Friday at his morning conference.