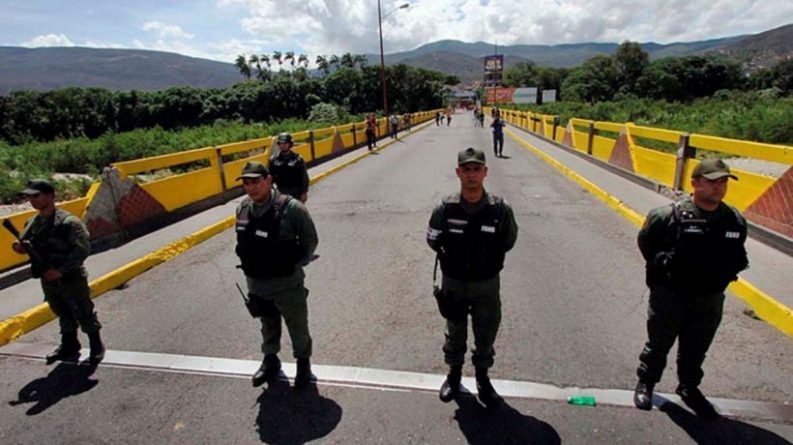 The much-publicized February 23 presented as the breaking point of the Venezuelan situation, through the political operation of “humanitarian aid”, began early in its operational aspects. It is a riálity blow , which instrumentalizes social networks to create a parallel reality under the premises of a “pop rebellion”, in order to cover up the heavy and aggressive aspects of the coup.

The agenda of the day brings with it, from the beginning, several operations of hauling, oxygenation and special effects with which they seek to keep the show on the top ten, as high as possible, to precipitate the conditions of a violent confrontation in different scales artificially planned : “Colombia vs. Venezuela”, “Pemones vs. State”, “FANB vs. peaceful protesters (“humanitarian combatants”)”. Another element is that the protection of Juan Guaidó by the Colombian government places the security of the Venezuelan State in a critical situation.

By how the day begins and by its own scale of importance, the writing of Mission Verdad will address the most relevant maneuvers on the border chess board and how it is reproduced within the country and in the media landscape. After the concert “Venezuela Aid Live”, the operators of the war against Venezuela begin to work formally, and so do we.

Blocked by national guard, what was meant to be a peaceful protest in #Venezuela is turning increasingly violent. Masked protesters hijacked a government bus and set it a blaze trying to break the soldiers’ barricade. pic.twitter.com/i17ws0QEdD