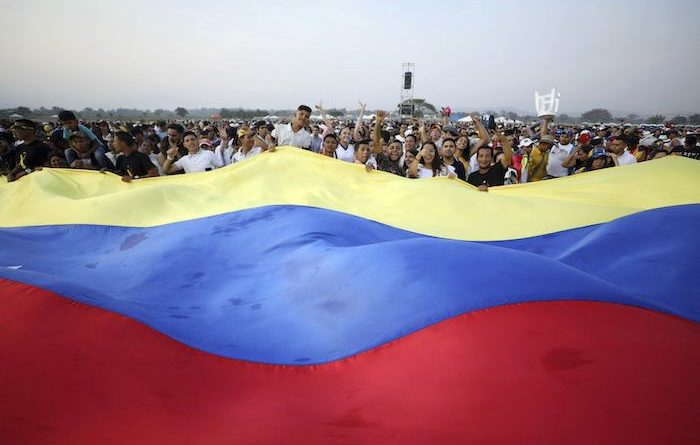 It seems like every time I pick up a newspaper or go online, our country is starting another war. As a veteran of both the Iraq and Afghanistan wars, I am consumed by the situation in Venezuela, which is becoming more and more concerning.

I’m not a war correspondent, and I don’t have a Ph.D. in political science. But I have seen these conflicts firsthand, and I have felt the effects. Like many in this country, I have lost family members and friends in both Iraq and Afghanistan. I don’t want anyone else to have to experience that. Unfortunately, the inertia over regime change in Venezuela bears a striking resemblance to what happened in the lead-up to the U.S. invasion of Iraq in 2003.

As one of the soldiers who illegally invaded Iraq, this scares me. I know an illegal coup/invasion when I see one. I knew it before being deployed to Iraq, but it became even more clear as we wandered around Baghdad looking for weapons of mass destruction that did not exist.

As was the case in Iraq, there are no legal or moral grounds to intervene in the affairs of Venezuela and no international laws to support such an intervention. There is nothing in the Constitution that sanctions meddling in the elections of a foreign country, and nothing in the Venezuelan constitution that legitimizes self-appointed presidents. Venezuela is not a threat. Venezuela is not firing missiles at the United States, attacking our allies or invading the U.S. with troops.

Sadly, the propaganda spewing from the mouths of American politicians and pundits is as predictable as it is hollow: “Venezuela is socialist.” “Their economy is in shambles.” “Their government is corrupt.” “There is food instability.” “There is a humanitarian crisis.”

What’s missing in the attempt to justify the overthrow of President Nicolas Maduro is recognition of the fact that many nations around the world are, to some degree, socialist, have economic challenges and battle corruption. There are humanitarian crises all over the globe. Are all those governments somehow illegitimate and therefore candidates for a U.S.-orchestrated coup?