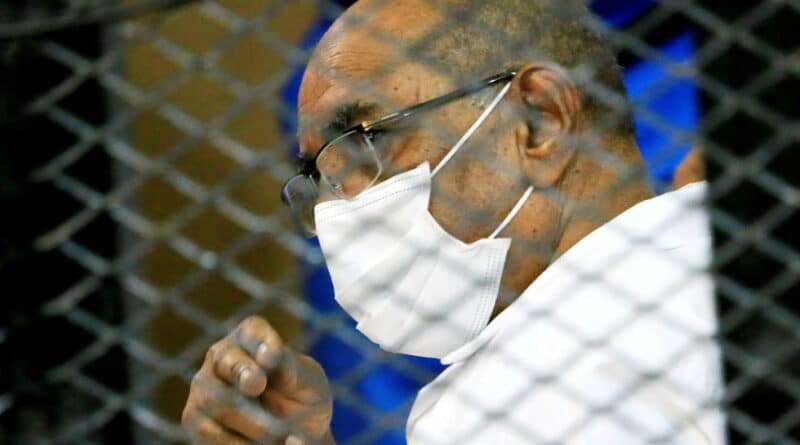 With yet another African leader heading to the International Criminal Court, it’s time to recognize it for what it is – a political tool used by the US to further its agenda. In reality, the ICC has little to do with justice.

Sudan’s unelected government announced it is ready to hand over former strongman leader Omar al-Bashir to the ICC in The Hague to face charges of genocide and war crimes.

This is not just some random event, but rather seems to be part of a sequence of trade-offs between Sudan and the United States to deliver on Washington’s geopolitical aims. Those aims include furthering US interests in handling the Israeli-Palestinian conflict and, equally important, the American desire to disrupt China’s ascent as a strategic economic partner for Africa.

Bashir (77) ruled over Sudan for nearly 30 years until he was deposed by a military coup in April 2019. During his rule, he was a thorn in Washington’s side, accused of harboring terrorists and impeding US regional political interests. He strongly aligned the country with a pro-Palestinian stance and opened the giant oil-rich North African territory to Chinese investment. Sudan became a vital link in China’s Belt and Road Initiative for the rest of Africa, Beijing’s visionary plan for global economic development.

The former Sudanese leader has had a warrant out for his arrest for more than 10 years, issued by the International Criminal Court, concerning allegations of war crimes committed during a civil war in his country’s Darfur region. Those charges fit with the US’s longtime depiction of Bashir as a renegade figure. For three decades, Sudan was on Washington’s blacklist of states sponsoring terrorism.

His luck ran out when a coup overthrew him in 2019, and he was placed under house arrest to face prosecution for corruption. The new authorities in Khartoum comprised a “transitional” civilian-military administration that has yet to hold elections more than two years on.

What followed was a rapid, if not unlikely, normalization of ties with Washington. In December 2019, the Trump administration announced that it would be exchanging ambassadors after an absence of nearly 23 years.

Later in 2020, Sudan became one of four Arab nations – along with UAE, Bahrain and Morocco – to normalize ties with Israel in support of the Trump administration’s much-vaunted peace deal for the Middle East. The Abraham Accords, as the deal is known, is seen as a sell-out of Palestinian rights and has not yet swayed the majority of Arab nations to support it. But it is a fair bet that Washington staked a lot on recruiting the four Arab countries in a bid to move the needle in favor of the so-called “deal of the century”.

In what can be seen as a quid pro quo, Sudan was removed from Washington’s terror blacklist in December  – the same month that the Khartoum regime convicted Bashir of corruption.

Significantly, the new Biden administration has not reversed Trump’s policy on the Israeli-Palestinian conflict. Yes, the Biden White House has restored some financial aid to the Palestinian territory, but by and large, the thrust of Trump’s sell-out in favor of Israeli claims has been accepted by the new administration. That means the importance of winning over Arab nations remains crucial to US Middle East plans, which in turn means keeping Sudan onboard.

For its part, the new rulers in Khartoum need Washington to lift onerous international sanctions as well as pay off its debts to the World Bank, which the US has signaled it would do.

This would seem to be part of the choreography in offering up former president Omar al-Bashir to “justice”. One problem, however, is that Sudan was not a signatory to the International Criminal Court, which therefore meant it had no jurisdiction over the country. That problem was obviated recently when Khartoum declared it was going to join the court, along with 123 other signatory nation-states. It has yet to be decided if Bashir and other former officials will be handed over to the ICC for prosecution, but it seems likely.

The irony is that decision was welcomed by Samantha Power, the head of USAID and former ambassador to the United Nations under Obama, who gushed that the move was a “revolution of freedom, peace, justice… a key step towards ending impunity”.

The United States has refused to ratify the ICC since it was established in 2002. Indeed, Washington has repeatedly slammed the court as being an affront to sovereignty and at various times has threatened to hit the institution with sanctions. (Russia and China, among others, also make the same criticism of the court, but at least don’t display the same level of hypocrisy as the US in its selective advocacy.)

Out of its 30 cases to date, the ICC has mainly prosecuted African leaders and military figures which have led to condemnations by the African Union of bias. The Hague court has done little to investigate prima facie crimes in Afghanistan and Iraq committed by American and British troops. Under pressure from Washington, the court has stalled investigation into alleged crimes by Israel against Palestinians.

The ICC is a political tool that is used by Washington and its allies to advance agendas for geopolitical control and dominance by demonizing targeted countries and leaders. There is no principle of justice involved. It is all a matter of expedience and cynical calculation.

Sudan’s unelected regime is playing the game. Handing over Bashir has little to do with justice for victims and is all about ingratiating the regime with Washington for favors.

Sudan is a lynchpin for China’s Belt and Road expansion on the African continent. Russia also opened a naval base in Port Sudan on the Red Sea in 2017, which is now under review by Khartoum. What Washington will be looking to do is thwart the inroads made by Beijing and Moscow to such a strategic part of the world.

Yanking Bashir and other former officials off to the ICC suggests that Khartoum is willing to do Washington’s bidding.

Finian Cunningham is an award-winning journalist. For over 25 years, he worked as a sub-editor and writer for The Mirror, Irish Times, Irish Independent and Britain’s Independent, among others.

Featured image: Sudan’s ousted President Omar al-Bashir is seen inside the defendant’s cage during his and some of his former allies’ trial over the 1989 military coup that brought him to power in 1989, at a courthouse in Khartoum, Sudan September 15, 2020. © Reuters / Mohamed Nureldin Abdallah