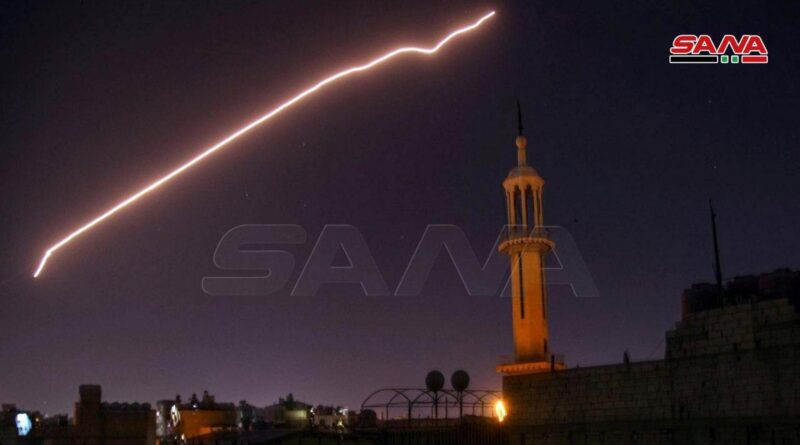 The Syrian air defense has responded to an Israeli air attack and intercepted and destroyed several enemy missiles over Damascus on Monday night.

As confirmed by a Syrian military source to the state news agency SANA, “the enemy Israeli air force launched several missiles from the region of the occupied high Golan, south of Damascus,” the capital of the Arab country.

RELATED CONTENT: Why the US has No Chance of Winning Either a “Cold” or a “Hot” War Against China

The same source, quoted anonymously, has detailed that the anti-aircraft shield managed to cope with this “aggression and shot down most of the missiles,” although the attack left seven Syrian soldiers wounded and caused material damage.

Meanwhile, SANA reporters have caught the interception of several of the hostile shells and their fall into southern Damascus airspace. In addition, images are circulating on social networks that show bursts in the sky of the capital of the Arab country.

Since the start of the conflict in Syria in 2011, Israeli bombardments against military or civilian targets have abounded in the Levantine country. Many of the attacks have been neutralized by the Syrian anti-aircraft defense.

The latest attack occurred late last month, when the aggressive Israeli regime rocketed southern and south-western parts of Syria. Although Syrian air defenses managed to shoot down “a large number” of missiles, some hit their targets and killed two people and wounded four others.

The Damascus government has repeatedly denounced the bombings as part of the Israeli regime’s support for terrorist groups such as ISIL (Daesh, in Arabic) or al-Qaeda-like terrorist gangs.