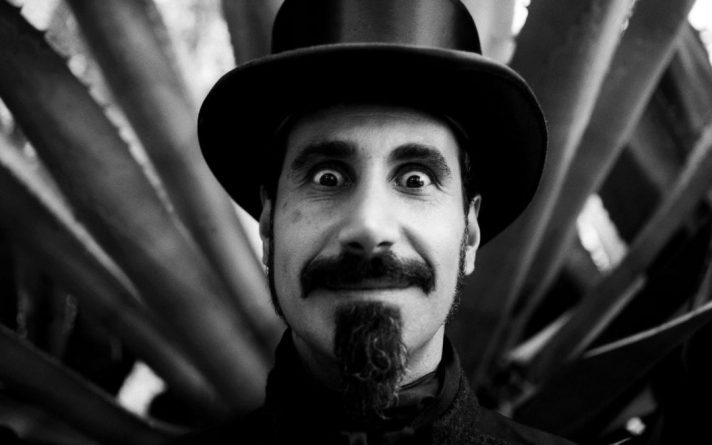 Health-Education-Sport-Culture-Technology News
May 3, 2019May 3, 2019 orinocotribune Chavismo, Chop Suey, Guaido, May Day, Media Manipulation, Serj Tankian, System of a Down

The vocalist of the rock band System of a Down , Serj Tankian, posted a video on his social network account Instagram, highlighting the May 1 demonstration in favor of the constitutional government of Venezuela, led by President Nicolas Maduro. The message brought a series of criticisms, insults and hate messages from many users of the network, which made him edit and post a version seeking to please people more.

Tankian is a musician, singer, composer, multi-instrumentalist, music producer, painter, poet and American activist of Armenian descent, known for being the lead vocalist, composer and leader of the rock band, System of a Down.

The musician, co-author of the famous song Chop Suey !, said in a first message: “Here is the Chavista march that appeared to defend its revolution in Venezuela and fight against the puppet of the United States. Ask yourself why the mainstream media did not show you this. The opposition in Venezuela does not have the support of the working class. They are very few compared to the population of 30 million Venezuelans. But the media only shows you the opposition. And, apart from his march of January 23, his demonstrations have been small “.

He also showed his support for the population, the collectives, social movements and the militia that prevented the coup d’état on April 30, because “they understand that there are problems to be solved, but that Maduro is their elected representative and that their struggle means to defend the result of their legitimate choices “.

After recalling that there are between 1.5 million and 3 million volunteer militiamen and militiawomen in the country, he said that “you can not have that many people who support you in a country with only 30 million people, and say that most support Guaidó”.

He explains that “50 countries ‘recognize’ Guaidó, but 140 countries continue to recognize Maduro as they have already done. The mainstream media will not tell you. I am ashamed of them”. He points out that Guaidó “wants to follow the policies of the IMF (International Monetary Fund), which means cutting back on social services. He is an imperialist lackey. As of 2017, USA sanctioned the possibility of Venezuela selling debt bonds. Those bonds are how countries survive. This was the beginning of the crisis. Before that, according to Bloomberg, the Human Development Index went up every year.” Tankian’s message generated a storm of criticism and insults, which caused him to edit his message on Instagram. In its new version, he wrote: “Venezuela has been in the middle of a horrible humanitarian catastrophe with millions of citizens who have left the country and many who live in extreme conditions. The situation is complex “.

Although in the new version of his message he criticizes the government of President Nicolás Maduro for his alleged “coercive actions” and “corruption,” he nonetheless also attacks Juan Guaidó, of whom he points out that “he seems to be a lackey of the United States “.

Then, he adds in a message: “I am fully aware of cronyism, coercion and corruption in your current government, but I also fear the meddling of powerful foreign actors whose objective is not your welfare. You as a people need to find a way to meet and find solutions without involving the United States or Russia. A true Venezuelan triumph over all this. Apologies to those who offended with my words. It was not my intention”.

“The history of Venezuela is full of foreign intervention, mainly due to its oil reserves. What I want for the people of Venezuela is a peaceful solution to the conflict without further bloodshed and a return to peace and, hopefully, to prosperity. Everyone deserves it, “says Tankian in his new message.

Venezuela has been in the grips of a horrible humanitarian catastrophe with millions of citizens who have left the country and many living in extreme hardship. The situation is complex. Both the Maduro government with their coercive actions and corruption and Guaidó who seems to be a US lackey seem unable ultimately to help the people of Venezuela. Venezuela’s history is mired with foreign intervention mostly due to its oil reserves. What I wish for the people of Venezuela is a peaceful resolution of the conflict without any more bloodshed and a return to peace and hopefully prosperity. Everyone deserves it.

The modification in his publication on Instagram has not brought calm, as many continue to pour their hatred into the artist’s message, to the point of ensuring that they will stop listening to the band, although it is already dissolved and they have not announced plans to return to record.

Tankian, as well as a musician, is passionate about human rights, the recognition of genocides and social justice.

In a tour of Chile with System of a Down, during a concert, Serj argued that the dictatorship of Augusto Pinochet was supported by the United States and that Henry Kissinger, former Secretary of State of the United States in the 70s, should be in the jail for being one of those responsible for the overthrow and coup d’état against Salvador Allende.

In the presidential primaries of the 2016 Democratic Party, Tankian showed his support for the democratic candidate Bernie Sanders, sympathizer of socialism. He wrote on Facebook: “When it comes to confronting the oligarchs, leading the fight for civil rights, equality of income, among other things, no other politician has been as coherent and incorruptible as Bernie Sanders.”