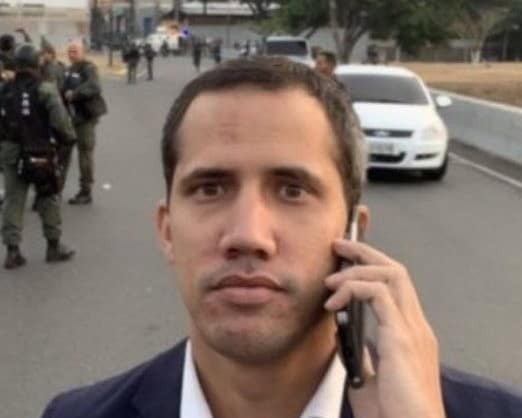 Although the American strategists understand the troyka of evil, formed by Mike Pompeo, Elliott Abrams and Johan Bolton, strive to make President Nicolás Maduro looks weakened after the attempted coup of this April 30, the reality is that the constitutional government of Venezuela is more united than ever.

This was revealed by an item carried by the Iberian newspaper La Vanguardia, in reference to the event held on Thursday by the head of state at Fort Tiuna, where he appeared flanked by Defense Minister Vladimir Padrino López and the head of Special Operations, Remigio Ceballos. In this event, the president said that the Bolivarian National Armed Forces (Fanb) are “united, cohesive and subordinate to their constitutional mandate.”

The report entitled: Did you try a coup or was it a Maduro’s trap for Guaidó and Washington? It is detailed that from Washington several analysts warn about the excessive dependence of the Administration of Donald Trump on the information provided by the little experienced team that surrounds the self-proclaimed “president in charge” of Venezuela, Juan Guaidó.

“Bolton and Pompeo are hawks of the hard line; they wanted to show that they are the ones that rule; they were convinced of his invincibility,” Peter Hakim, a veteran analyst on US Latin American policy at the Inter-American Dialogue in Washington, said in a telephone interview to La Vanguardia. “But you have to know who is doing the negotiations for you.”

The newspaper also consulted Venezuelan political analyst and analyst Miguel Pérez Pirela, director of LaIguana.TV, who said that Trump is looking for a success in Venezuela for his dubious international policy.

“But what comes out of Washington looks like science fiction. It is obvious that there have been negotiations between the government and the opposition. But has Maduro participated in them?” Pérez Pirela asked.