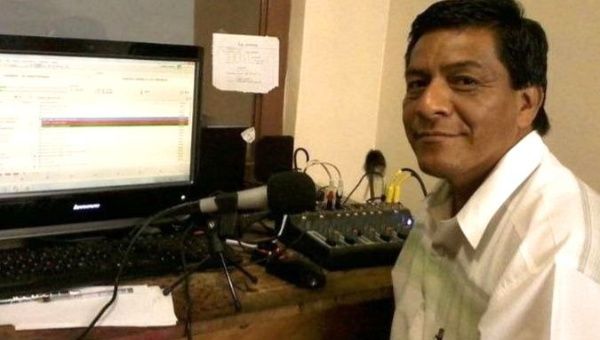 Several human rights organizations and journalists have also condemned Enriquez’ murder, on social networks, and demand that “this heinous crime does not go unpunished.”

According to authorities from the state of Oaxaca, Enriquez, who was an educator and journalist, was ambushed in his car, in the city of Juchitan, and received multiple shots which led to him dying on the spot.

“From the government, we have committed to finding the perpetrators who attacked Mexican journalism,” presidential spokesperson Jesus Ramirez announced on his Twitter account.

Several human rights organizations and journalists have also condemned Enriquez’ murder, on social networks, and demand that “this heinous crime does not go unpunished.”

The radio station is located in and broadcast from the municipality of San Agustin Loxicha.

According to EFE, Enriquez is the eighth journalist killed since Mexican President Andrés Manuel López Obrador, who was inaugurated on December 1, 2018, took office.

In the six years of immediate ex-President Enrique Peña Nieto’s tenure, 47 journalists were murdered in Mexico.

Nine murders took place in 2018 out of a total of 2,347 attacks against media practitioners.