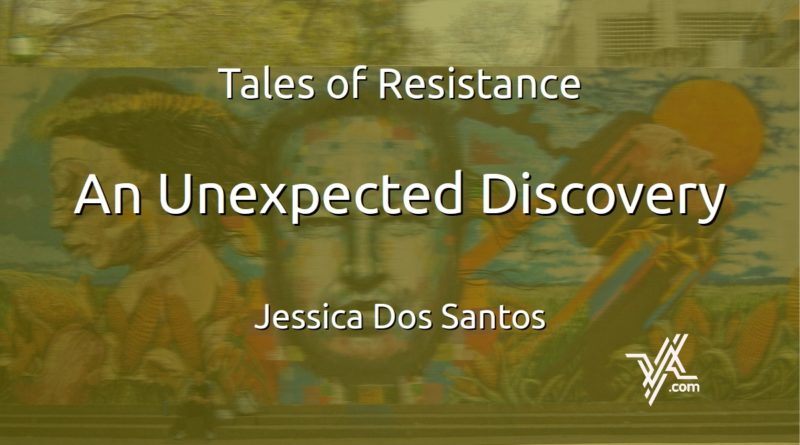 A few months ago, I started a sort of personal transformation that has seen me move in extremely shaky terrain. I’ve retraced steps I had taken without stopping to look around, I’ve dreamt of new journeys, but most of all I’ve tried to remind myself of why I am where I am.

My “quest” is very clichéd, and as expected it began for very predictable reasons: economic troubles, a tough break-up, family disputes. In other words, an “existential void.”

This has implied what any quest of this type entails: the urgent need for an external change (be it something small like painting my nails yellow, on towards cutting my hair, even piercing my ears), new books (the moment when we say: “Marx, step aside for a second, buddy. Right now I need some self-help readings”), new dietary habits (what if I become a vegetarian?), distancing myself from some people (what lots of Instagram followers suggest all the time, moving away from “toxic” people). And, naturally, some sort of rigorous spiritual-religious definitions.

For this reason, I ended up enrolling in a 200-hour international yoga course alongside my best friend. I’ve done yoga for quite a while and I must confess: I absolutely love it. Nevertheless, this course had many areas, including these things they call “philosophy” and “religion.”

Amidst some of these classes, I’ve heard theses such as “people are screwed because they are ungrateful,” “they don’t understand we don’t need anything external to be happy,” “all the evils that befall us are designed from above,” “we shouldn’t endeavor to change things but to accept them.” An endless number of empty, individualistic recipes.

I am known as a walking grimacing machine, and my face started to contort as I heard these “lessons.” My friend, laughing her ass off, felt compelled to message me on Whatsapp: “dear, change your expression.”

The days went on. We never talked about it. But every class provoked a bigger clash inside of me. Until I finally exploded:

– So, let’s see: these people are telling us that there are no political, social or economic systems, or even governments, which define at least a little bit of what we go through in this life? Should we “accept” that we’re screwed, be “thankful” for the inequalities that “forge us as human beings,” instead of fighting for the necessary social changes? Not only that, they paint everything as an individual issue. I mean, it’s one thing to debate whether so-called “toxic” people exist, and another to embrace this “save yourself and everybody else be damned.” I don’t agree with this bullshit – I told my friend, as if spitting in something in which I was about to drown.

– I think all of this is Chavez’s fault – she replied.

For a moment, I worried that my friend had lost her mind. “Fuck, she’s been brainwashed,” I thought. Until I heard her reasoning:

– There’s an emptiness we seek to fill, but it turns out that we cannot fill them like non-politicized people do. Therefore, people like us won’t be saved even by the world’s most awesome life coach, because deep down what we need is to feel like we’re doing something to change what we see as injustice, even if that requires going against the grain.

At this moment I felt an unstoppable urge to cry. She was right. We have our politics well-defined (even if we don’t trade in politics), unmovable convictions, class conscience. But all of that came under serious threat by an almost deadly dagger: Chávez’s death and the political-economic-social crisis in Venezuela. In the years since he died, we’ve had to go from construction to resistance. People were forced to spend the largest bulk of their time sorting out basic needs, and militant spaces suffered as a consequence. This way, experiences which had, one way or another, filled these voids inside, disappeared.

However, at this moment, I also realized that the seed we planted keeps bearing fruit. For us, the generation that came of age under Chavez, nothing will convince us that social inequalities follow some divine plan, nor that they will be solved by introspection. Quite the contrary, we know how to tackle what doesn’t work, overturn what we don’t find convincing, and struggle to create new things.

All quests are valid, and respectable, but we were forced to realize: for us these voids are not filled by cheap philosophies created to fatten someone’s pockets, but with struggle. Perhaps the spiritual belief that is worth rescuing is precisely the fighting spirit we used to have, instead of attempts to become more docile.

“Blessed be the poor, for theirs is the kingdom of heaven, of social justice, of peace. Because they will laugh with joy, because we will achieve the multiplication of loaves and fish, so everyone will eat plentifully. Jesus Christ fought against the Roman Empire. Today we have the Yankee empire,” Chávez once said.

To summarize: in sincere quests, despite any detours, one always ends up finding oneself. The struggle continues.

Featured image: In her latest VA column, Jessica Dos Santos tells of a “quest” that saw her discover the unerasable consequences of Chavismo. (Venezuelanalysis)