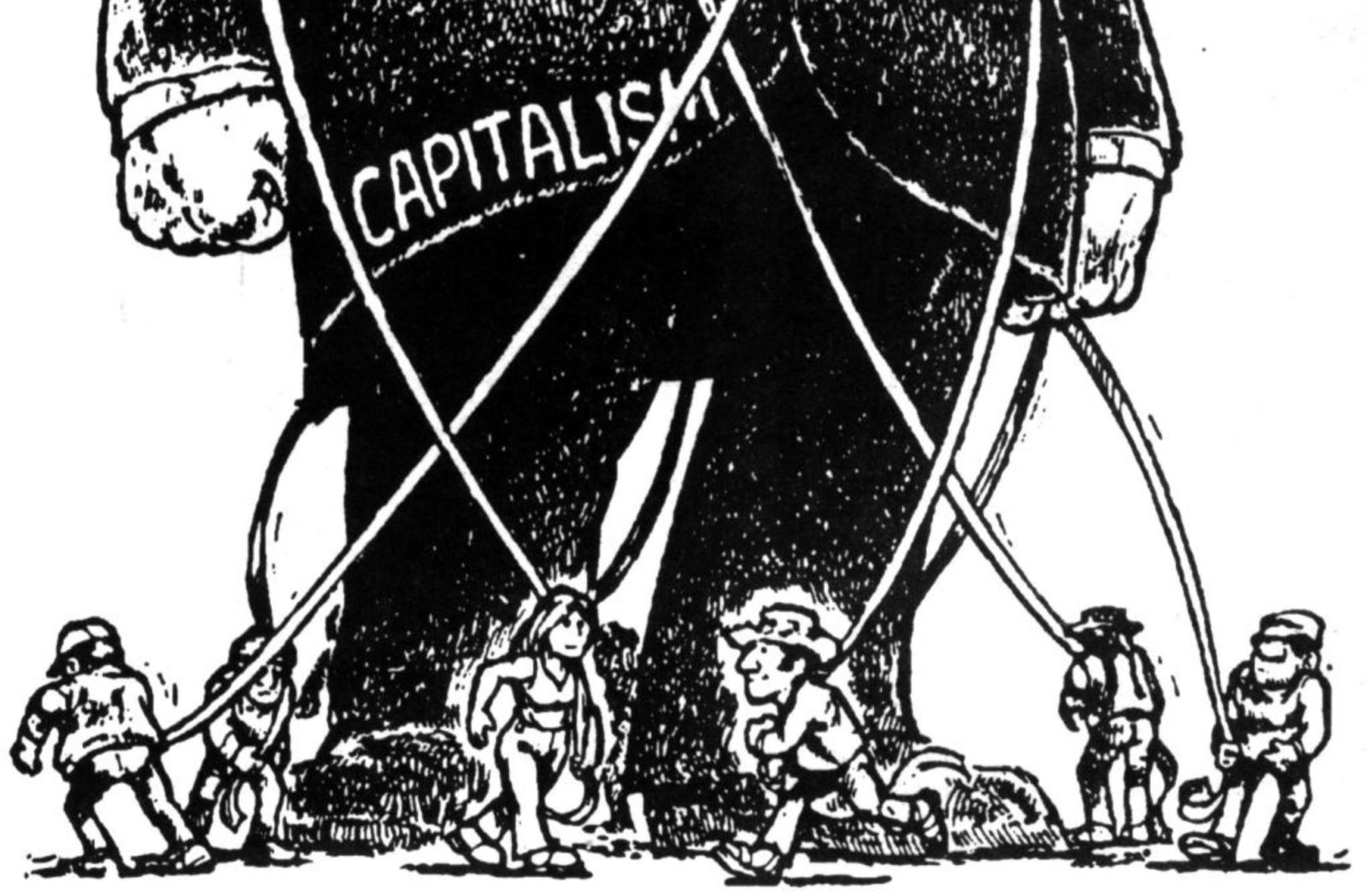 No matter how hard the propaganda machine has tried to refute Marx’s analysis, his ideas have stood the test of time

Editorial note: We do not post dated opinion pieces but with this piece we make an exception due to the clarity of the ideological analysis.

Every time the alarms sound announcing another economic crisis, sales of Karl Marx’s books skyrocket. Few understood how capitalism works and its consequences for humanity like this 19th-century German thinker.

No matter how hard the hegemonic propaganda machine has tried to refute his analysis and decree the death of the ideas to which he dedicated his life, Marxism resists the test of time and its validity – not only as a method to understand the world, – but as a tool to transform it, is proven.

Two centuries after his birth, Granma International shares ten of Marx’s predictions that set the pace of the 21st century.

1. THE CONCENTRATION AND CENTRALIZATION OF CAPITAL

In his masterpiece Capital, Marx defined economic reproduction in capitalism and predicted the tendency to concentrate and centralize capital.

While the first aspect refers to the accumulation of surplus value – the value created over and above the labor power of workers (surplus labor), appropriated by the capitalist as profit – the second term consists of the increase in capital as a result of the combination of several individual capitals, almost always as a result of bankruptcies or economic crises.

The implications of this analysis are devastating for the defenders of the ability of the “blind hand of the market” to distribute wealth.

As Marx predicted, one of the characteristics of capitalism in the 21st century is the growing gap between rich and poor. According to Oxfam’s latest report, 82% of the wealth generated worldwide in 2017 went into the pockets of the richest 1% of the global population, while 3.7 billion people, the poorest half of the world, saw no increase in their wealth.

2. THE INSTABILITY OF CAPITALISM AND CYCLICAL CRISES

The German philosopher was one of the first to understand that economic crises were not an error of the capitalist system, but one of its intrinsic characteristics.

Even today attempts are made to peddle a different idea.

However, from the Stock Market Crash of 1929, to the crisis of 2007- 2008, there is a clear course that follows the patterns as outlined by Marx. Hence, even Wall Street magnates end up turning to the pages of Capital to find some answers.

Perhaps one of the most revolutionary Marxist ideas was the understanding that “The history of all hitherto existing society is the history of class struggles,” as we read in the Communist Manifesto written by Marx and Friedrich Engels in 1848.

That thesis threw liberal thought into crisis. For Marx, the capitalist state is one more tool of the hegemonic class to dominate the rest, while reproducing its values and its own class.

A century and a half later, social struggles are fought between the 1% that dominates and the other 99%.

The capitalist, according to Marx, needs to keep wages low in order to maximize profitability. This can be achieved as long as there is another worker waiting to take the place of one who refuses to accept the conditions. That’s who he called the “reserve industrial army.”

Although the social and trade union struggles from the 19th century to the present day have changed elements of this situation, especially in developed nations, the quest for low wages continues to be a constant in the business sector.

During the twentieth century, large manufacturing companies in Europe and the United States relocated to Asia in search of a skilled workforce they could pay less.

Although recent governments point to a loss of jobs through this process, as the Donald Trump administration in the United States has, the fact is that these companies managed to maintain their high growth rates thanks to the exploitation of cheap labor.

Regarding wages, current studies show that workers’ purchasing power, in terms of what can be bought and not their nominal value, has been decreasing in western countries for nearly 30 years.

And the gap is even greater between executives and low-level employees.

According to an article in The Economist, while in the last two decades workers’ pay in countries like the United States has stagnated, the salary of top executives has increased significantly: they have gone from earning 40 times the average pay to pocketing 110 times more. (https://www.economist.com/node/8554819)

RELATED CONTENT: A Letter to Intellectuals Who Deride Revolutions in the Name of Purity

5. THE NEGATIVE ROLE OF FINANCIAL CAPITAL

While Marx details the mechanisms of exploitation inherent in the process of capital accumulation, he is especially critical of financial capital, which does not have a direct material role in the economy, but is created in a “fictitious” way, such as a promissory note or a bond.

In his day, one couldn’t imagine the modern development of this sector of the economy, thanks to the use of computers to carry out financial transactions at the speed of light.

Speculation and the elaboration of complex financial mechanisms – such as the so-called “subprime,” which triggered the crisis of 2007-2008 – are currently solid confirmation of Marx’s concerns.

6. THE CREATION OF FALSE NEEDS

The 19th century had not yet seen the boom of commercial advertising on radio and television, much less modern mechanisms to personalize advertising messages on the Internet, but Marx already warned of the ability of the capitalist system to generate alienation and false needs among people.

“The extension of products and needs becomes a contriving and ever-calculating subservience to inhuman, sophisticated, unnatural, and imaginary appetites,” he predicted over 150 years ago.

In today’s world, cell phones become outdated in just a few months, and advertising is responsible for convincing users to buy the latest model. Meanwhile, household appliances are built with planned obsolescence to ensure they stop working after a few years, and thus create the need to replace them.

“The need of a constantly expanding market for its products chases the bourgeoisie over the whole surface of the globe. It must nestle everywhere, settle everywhere, establish connexions everywhere,” Marx and Engels wrote in the Communist Manifesto.

Their portrait of the globalization of markets, accompanied by the imposition of a culture determined by consumption, could not be more accurate.

8. THE PROMINENCE OF MONOPOLIES

At the same time, this trend is accompanied by the creation of transnational monopolies. While classical liberal economic theory assumed that competition would maintain multiplicity of ownership, Marx went a step further and identified the market’s tendency to amalgamate based on the law of the strongest.

Large media, telephone, and oil conglomerates are some of the current examples of the process described by Marx.

9. THE SUICIDAL TENDENCY OF CAPITALISM

“All that is solid melts into air,” is one of the most enlightened reflections on capitalism in the Communist Manifesto.

Marx and Engels understood the creative and at the same time self-destructive nature of capitalism, in which the pursuit of productivity at any price imposes an inhuman rhythm of production and unsustainable consumption.

It is precisely this trend that currently has our planet on the edge of collapse.

The impact of human beings on the rise in global temperature is scientifically proven, although certain presidents, such as that of the United States, continue to deny it.

10. THE REVOLUTIONARY POTENTIAL OF THE WORKING CLASS

Marx’s greatest impact on history was not his profound analysis of the contradictions of capitalism, but his call to build a new kind of society: based on communism.

His message that the proletariat has the potential to free itself from oppression and inequality forever changed the twentieth century and inspired revolutions in Russia, China, Vietnam, and Cuba, among other countries. His call to working class unity remains fully valid in the 21st century.