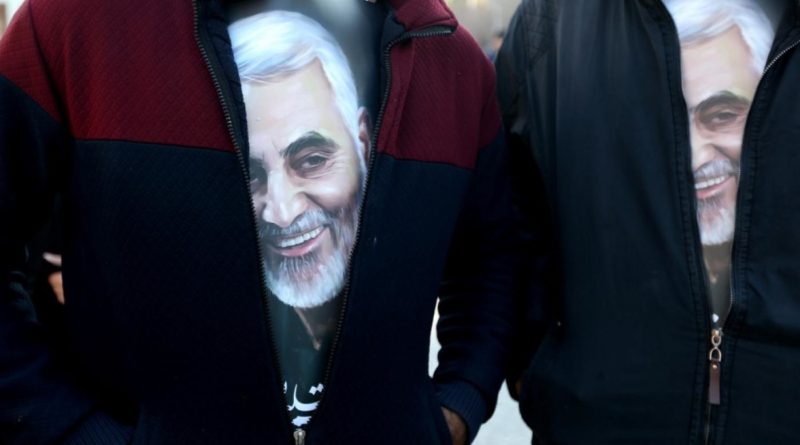 From militia retaliation to Iraq’s call to end US troop presence, the assassination and its aftermath will resonate for years to come

Qassem Soleimani’s killing will continue to shape Middle Eastern dynamics for some time, haunting US troops in the region and triggering unintended consequences for the rest of 2020 and beyond.

The most tragic so far has been the quickly admitted, mistaken downing by Iran’s air defense of a Ukrainian jet over Tehran last week, killing 176 passengers and crew. The US reaction to a similar tragedy in 1988, when the US shot down an Iran Air jet over the Gulf, killing 290 passengers, was quite different.

United against external threats
The US strike against Soleimani in Baghdad points to two preliminary conclusions. The first is that despite legitimately different views on the popularity of Iran’s political system, the extraordinary, spontaneous, cross-boundary participation in mourning of the top Islamic Revolutionary Guard Corps (IRGC) commander revealed how the Iranian population could react if dragged into an open conflict: strongly united against any external threat.

The second is that the US has reconfirmed its top ranking in four of the world’s most embarrassing charts: propensity for global self-harm, enabling negative unintended consequences to affect its own interests through its own acts; unpredictability; dysfunctional decision-making, and – last but not least – the international-relations version of Murphy’s law: “If among many foreign policy options I can take the worst one, be sure I will.”

Tehran is reserving its potential next move for US allies in the region, such as the UAE and Israel

The biggest potential net result of Soleimani’s killing could be the fulfillment of his long-nurtured dream: forcing the US to pack up and leave Iraq and Syria.

This might match one of US President Donald Trump’s long-nurtured wishes, although it’s doubtful that Washington’s Beltway agrees. This could also be a nightmare scenario for Israel and some Arab rulers, alongside Iran’s increasing detachment from the nuclear deal provisions.

As expected, in the wake of Soleimani’s assassination, Iran launched rockets against US military positions in Iraq. The strike seemed designed to cause no casualties, signalling Tehran’s desire for de-escalation; Trump’s reaction conveyed a similar impression.

As equally expected, and confirmed by the IRGC, Tehran is reserving its potential next move for US allies in the region, such as the UAE and Israel.

Asymmetric warfare
Iran’s retaliation thus far has achieved two primary purposes: firstly, to show that if Soleimani’s elimination aimed to deter Tehran, it failed; and secondly, to comfort a public distressed by the loss of its “national hero”.

It would be ideal if the story ended here. Unfortunately, it is unlikely that the Iranian response is truly concluded. It may unfold for years through asymmetric, hybrid warfare targeting US troops in the Middle East, as outlined by one of Tehran’s most important partners, Hezbollah leader Hassan Nasrallah.

What must be carefully watched in the coming weeks is the evolving situation in Iraq, as related to two specific events: the parliament in Baghdad has voted for the withdrawal of all foreign troops from the country, and Iraqi militias close to Iran have announced their own intention to retaliate for the killing of Soleimani and Popular Mobilisation Units (PMU) commander Abu Mahdi al-Muhandis.

The PMU’s retaliation may not be as “harmless” as Tehran’s, although it could face problems in being implemented effectively.

As to the withdrawal of foreign troops, leaving aside the Pentagon’s embarrassing performance with the draft letter suggesting the US had accepted the Iraqi request, it appears Washington does not intend to comply, while attributing similar intentions to ignore the call from its allies.

On 10 January, the State Department justified this position in light of the struggle against the Islamic State. Perhaps it missed Trump’s statement on 8 January, when he claimed that 100 percent of the group had been destroyed.

A charade between two entities
Tensions between the US and Iraq, and inside Iraq, could thus increase. Sunni and Kurdish parties did not vote for the withdrawal, possibly due to US pressure or fears of leaving the country to Iran’s influence, or both. Shia and pro-Iran factions could judge such a posture as a form of betrayal, a lack of care for Iraq’s sovereignty, or subservience to the US – or all of these combined.

Fulfilment of the withdrawal could become another charade between two entities, the US and Iraqi governments, with highly dysfunctional decision-making processes on both sides. It could drag on for months or take a nasty turn.

Incidentally, the probability, and deadliness, of PMU retaliation could also depend on how much the US drags its feet in complying with the Iraqi government’s request. Washington has hinted at possible sanctions on Iraq, including a new travel ban, if it pushes forward with the policy.

On Baghdad’s side, it could make the permanence of foreign troops in the country a bureaucratic nightmare by not issuing any more visas (thus preventing troop rotations), denying flight permits or ramping up procedures at security checkpoints. The international coalition could be exhausted and vanquished by widespread, systematic bureaucratic quibbles.

Kurdish independence
The unintended consequences may not end there. The US could simply move its troops to Iraq’s Kurdish region. This would be yet another slap in the face to Iraqi sovereignty, after the US raid on the Iraq-Syria border in December, Soleimani’s killing and the ensuing Iranian rocket attack. Chances are slim that Iraqi officials would judge such a move as compliance.

A further, tragicomic consequence, then, could be a changed US position towards the independence of Iraq’s Kurdish region. The Trump administration, having crushed such aspirations after the 2017 Kurdish independence referendum by acquiescing to the Iraqi government’s recapture of Kirkuk and other Kurdish-held areas – not to mention the US abandonment of its Syrian Kurdish allies to the Turkish offensive last year – could suddenly realise that Kurdish independence is good and useful.

The brave, but unlucky, Iraqi Kurds do not deserve to be fooled again

Such a US redeployment could allow the Americans to hinder Iran’s plans to consolidate its grip in the area, including the Shia Crescent from Tehran to Beirut.

This may seem a smart move to some armchair warriors and amateurish international law practitioners, but it could also reignite the dangerous Arab-Kurdish rivalry in Iraq. That is the last thing this ravaged country needs. Turkey and Iran would not remain idle.

Ultimately, believing that an independent Kurdish region of Iraq may spare the US from the major unintended consequence of Soleimani’s killing could be another dangerous miscalculation. The brave, but unlucky, Iraqi Kurds do not deserve to be fooled again.

The views expressed in this article belong to the author and do not necessarily reflect the editorial policy of Middle East Eye.

Marco Carnelos is a former Italian diplomat. He has been assigned to Somalia, Australia and the United Nations. He has served in the foreign policy staff of three Italian prime ministers between 1995 and 2011. More recently he has been Middle East Peace Process Coordinator Special Envoy for Syria for the Italian government and, until November 2017, ambassador of Italy to Iraq.