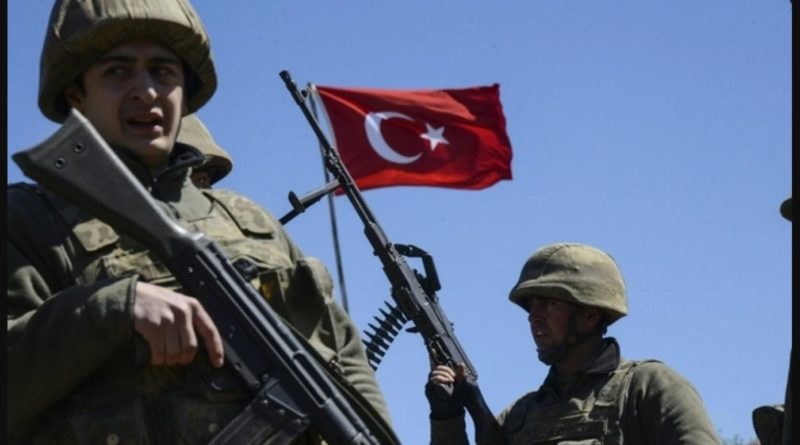 President Recep Tayyip Erdogan says Turkey is starting deployment of troops to Libya in support of the embattled United Nations-recognized Government of National Accord (GNA) and in line with agreements relating to maritime border demarcation and enhanced security cooperation.

“We signed an agreement with Libya to delineate maritime borders. It is no longer legally possible to conduct exploration and drilling activities or to run pipelines in the region between the Turkish and Libyan coasts without the approval of both countries,” Erdogan announced in the Turkish capital Ankara on Thursday.

He added, “In 2020, we are licensing these areas and starting the search and drilling as quickly as ever. After the licensing work, for the first time the Oruc Reis seismic research vessel will conduct seismic studies in the region. We are sending our troops to this country to ensure the survival and stability of the legitimate government in Libya.”

Erdogan remarks came only two days after Libya’s renegade military commander Khalifa Haftar left Moscow without signing a binding truce that would have halted his nine-month campaign to seize the GNA’s base of Tripoli, and would have formalized a tentative ceasefire in the war-wracked North African country.

“The draft [agreement] ignores many of the Libyan army’s demands,” Haftar was quoted as saying by the Saudi-owned and Arabic-language al-Arabiya television news network.

Fayez al-Sarraj, the heads of the GNA, had already signed the truce proposal after indirect talks in the Russian capital on Monday.

Last week, Turkey and Russia urged Libya’s warring parties to declare a ceasefire after a recent escalation in fighting around Tripoli and the strategic coastal city of Sirte.

Erdogan has said Turkey would not refrain from “teaching a lesson” to Haftar if his eastern-based forces continue attacks against the Tripoli-based GNA.

“If the putschist Haftar’s attacks against the people and legitimate government of Libya continue, we will never refrain from teaching him the lesson he deserves,” the Turkish president said in a speech to his AK Party legislators in parliament on Tuesday.

“It is our duty to protect our kin in Libya,” he said.

Erdogan said Turkey had deep historical and social ties with Libya, asserting that Haftar would have taken over the entire nation if Ankara had not intervened.

Turkey will join Germany, the United Kingdom and Russia at Libyan peace talks in Berlin next Sunday, he said.

“The putschist Haftar did not sign the ceasefire. He first said yes, but later, unfortunately, he left Moscow, he fled Moscow,” Erdogan said.

“Despite this, we find the talks in Moscow were positive as they showed the true face of the putschist Haftar to the international community,” the Turkish president added.

On January 2, Turkey’s parliament has approved a bill to deploy troops to Libya.

Parliament Speaker Mustafa Sentop said at the time that the legislation had been passed with a 325-184 vote.

Back in late November last year, Libya’s GNA and Turkey signed security and maritime agreements in opening the path to the Turkish troop deployment. The accords also drew the ire of Mediterranean countries, including Greece and Cyprus, which were eyeing energy resources in the area.

Libya plunged into chaos in 2011, when a popular uprising and a NATO intervention led to the ouster of long-time dictator Muammar Gaddafi and his execution by unruly fighters.

The North African country has since been split between two rival administrations based in the east and west amid a conflict drawing increasing involvement from foreign powers.

According to the latest UN tally, more than 280 civilians and roughly 2,000 fighters have been killed since Haftar launched his offensive in April to seize Tripoli. An estimated 146,000 Libyans have been displaced.

Featured image: Turkish army soldiers stand guard as Kurdish people wait in a hope to enter Cizre, a town subject to a curfew as part of a controversial operation against Kurdish rebels, on March 22, 2016 in Mardin, for Newroz celebration. Nowruz, the Farsi-language word for ‘New Year’, is an ancient Persian festival, celebrated on the first day of spring, March 21, in Central Asian republics, Iraq, Turkey, Afghanistan and Iran. / AFP PHOTO / ILYAS AKENGIN