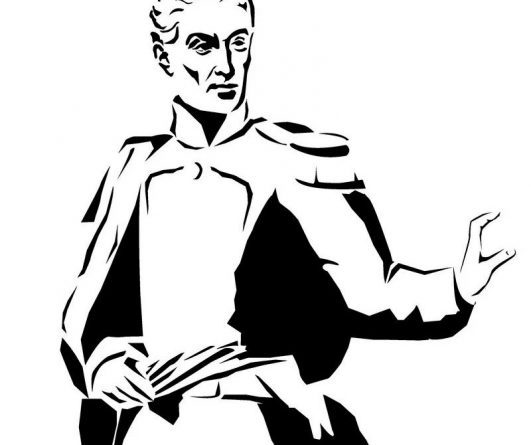 How was Bolívar when he was dying there in Santa Marta? A Bolivarian born in the Iberian Peninsula, the writer Fermín Goñi, gives an answer to that in his book “Todo Lleva Tu Nombre”, which deals with the last fifteen days of the Liberator: “Someone who is consumed because he has ideas that he can no longer carry on. Above all, he is tormented by the idea that there couldn’t be further divisions because the war with the Spaniards is over, but now the conflicts are internal. ”

Difficult to summarize it better. The man who had defeated the powerful imperial armies, the one who had drawn what could be one of the great powers of the world (Colombia, the great one) died exiled from his own homeland, cursed, reviled, seeing his internal adversaries achieve the objective of dividing to reign in their respective plots [referring to the division of Colombia into the different countries that exist until today].

Goñi’s novel is a historical reconstruction with natural aggregates of fiction. But it is based on real documents, mainly the letters of the Liberator himself, gathered by General Daniel Florencio O’Leary.

Bolivar was addicted to writing letters. If someone intends to read them all, they will have homework for several years. “These writings highlight the drama of a man who finally assumes that he is dying.” He had been able to overcome all adversities, but this one he won’t be able to.

Bolivar had always been a badly sick man, he had not let himself be counseled by doctors, but on that occasion he had to do so. The problem is that there was no remedy. Dr. Alejandro Prospero Reverend realizes right away that the sickness is mortal and what he tried to do was to make death as painless as possible. He treated Bolívar with extreme affection because he realized that he not only had that terrible disease, but that he is an emotionally wounded person because in the last two or three years he had taken many disappointments.”

Disappointments and tragedies, including an attempt to assassinate him perpetrated by those who were men of his trust [the Bogota assassination attempt]. Fateful blow to his mind was the vile murder of Antonio José de Sucre [his closest General and friend], at the same age, 30. And, as a corollary of all that drama, the petty victory of the divisionists of the Gran Colombia.

“I am a detestable and outcast death,” said Bolivar of himself, aware of the terrible campaigns that had been unleashed against him, which make one think of modern media and network infamies.

As an example, it is always worth showing this pearl, taken from the Gazette of Venezuela, derived from the same newspaper against which he put together that archetypal artillery of thought that was the Correo del Orinoco in 1818. That medium was dominated by the separatists of the Gran Colombia, the supporters of the Cosiata [the secessionist movement]. Overflowing with happiness, in January of 1831 they published a note according to which Bolivar was very grave, product “of a tuberculosis (tuberculosis) and a chancre in the ass”. In fact, he had already passed away, but the dynamics of the media of the time was obviously very different, even though the level of evil turns out to be quite similar.

The Liberator’s enemies had no contention to celebrate his death. The governor of Maracaibo, Juan Antonio Gómez wrote to Páez: “Bolívar, the genius of evil, the torch of discord, the oppressor of his homeland ceased to exist (…) I congratulate myself for such a plausible news.” Enter and leave the earth

Perhaps because of the terrible iniquities he suffered in his last years or perhaps as the mischievous child he was, Bolivar has been in and out of the grave during the 188 years that have passed since his death. At first, his remains rested in the Cathedral of Santa Marta [Colombia]. In 1834 an event occurred that seemed to recall that his last wish to be buried in Caracas had not yet been fulfilled: an earthquake shook the Colombian city and caused damage to the tomb.

To avoid desecration, the urn was moved for a few days in the house by a judge. The tomb was restored and the coffin was reburied. A little later he was relocated inside the same cathedral, in a place near the altar and with a tombstone that read: “Bolivar, Liberator of Colombia and Peru and founder of Bolivia”.

In December of 1842 the remains arrived at La Guaira [Venezuela] and were transferred to Caracas with a ceremony full of popular emotion. He was honored in the church of San Francisco, the same where he had been proclaimed Liberator. Days later he was buried in the pantheon of his family, in the capital’s cathedral.

In 1843, Dr. José María Vargas was in charge of exhuming the remains to ensure their best conservation. He returned to the family pantheon until 1852 when it was relocated once more, so that it remained under the sculpture made by the Italian Pietro Tenerani

In 1876, once again an exhumation was carried out, this time to place the remains in a lead urn and a sarcophagus of wood, silver and gold, with the purpose of burying him in the National Pantheon, the old church of the Holy Trinity . The merit corresponded to Antonio Guzmán Blanco [Venezuelan President at the time].

In 1930, the government of Juan Vicente Gómez decided to place the lead urn inside a bronze sarcophagus that was for eight decades in the most important place of the National Pantheon.

In 2010 he was exhumed again to apply the most advanced studies available to the skeleton.

From them arose a new approach to the appearance of the hero born in Caracas. Once the analyzes were completed, and at the end of the construction of the Mausoleum of the Liberator, in 2013, he was relocated to the core of this work by the architects Farruco Sesto Lucas Pou, Gilberto Rodríguez and Orlando Martínez Santana.

Perhaps because of that mania so his to escape the tombs, Simon Bolivar never lack gravediggers or aspirants to be. It is those people who have insisted, throughout history, that they are well dead and buried, and that, as far as possible, they do not come out again, like a mocking spirit.

The oligarchies of all the countries that he liberated have always had buried experts at their disposal: politicians, intellectuals and academics who dedicate their efforts to keep Bolívar in a crypt or, at least, converted into a famous phrase pronounced with a low voice, or in a statue dazzling.

Leading historians have played this role. Some did it during the 19th century, others throughout the 20th century and some continue in that. Among them, most disguise, but some do not even try. Such is the case of Elías Pino Iturrieta, who has just declared that Venezuela must finish burying Bolívar.

To load it more of symbolism, Pino Iturrieta made this statement to the Francoist and monarchist newspaper ABC, in Spain, the kingdom that Bolívar threw from these places.

Fortunately, just as there is no lack of gravediggers, Bolívar is not short of hosts determined to keep him alive as an icon, as an ideologist, as an educator and as an eternal rebel. They are peoples who know that while Bolívar lives, the country continues (and vice versa).