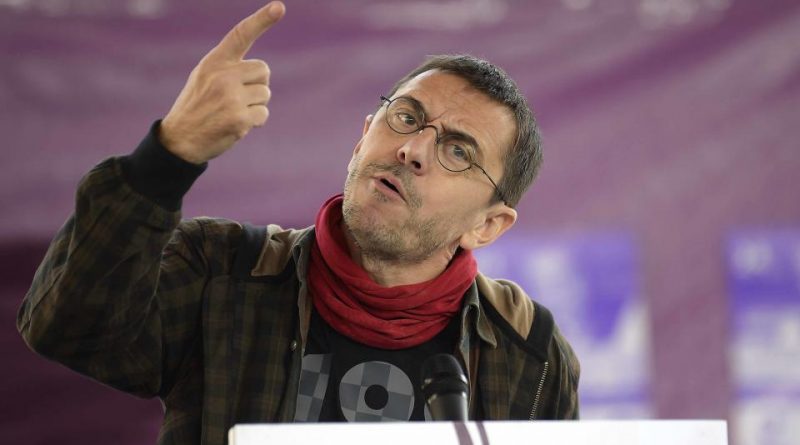 The Spaniard who knows most about Latin America analyzes the novelty of the Frente de Todos and why its campaign ended in a triumph against macrismo.
By Martín Granovsky

Founder of Podemos and Professor of Political Science, this 56-year-old from Madrid is one of Spain’s most sensitive to the reality of Latin America and Argentina. Monedero visited social organizations and held interviews with leaders and candidates.

– Is the agenda specific to you?

– Whenever there is realism, right?

–Look, it’s a mixture of intelligence and humility. You can buy the services of a very expensive consultant and buy surveys and advertising spaces, or you can listen to people. Ride in a car and go 160 thousand kilometers. There are two great styles. There are the campaigns of people who have no popular base, such as Mauricio Macri, Jair Bolsonaro and Donald Trump. They are based on money. And there are Lula, Mandela, Evo, who visit town to town and let themselves be touched by the people. Here is a very important element. In Spain, there is great dependency on communication and marketing experts. We all know the Macri spin doctor, the Macri public relations advisor, but nobody knows who is responsible for the ideology of macrism. It seems that ideas are less quoted than communication skills. In the end Rosa Luxemburg was right. First the party replaces society. The central committee replaces the party. The secretary general, to the central committee. And now the spin doctor replaces the secretary general.

– In Argentina until before the “PASO” (primary elections) it seemed that the owner of big data, of information on the life and work of each voter, would win only for that.

–Why were they not invincible?

–Because memory lets us know who anticipated our anger, fought for rights and marked the way of dignity. That is why neoliberalism misbehaves with unions. Unions express the memory of struggles and teach you to claim rights. It is curious that there is also a memory linked to the nation. When I see what happened today with the manipulation of change, my idea that Macri has no homeland is reinforced. And that there is a global entrepreneurship closely linked to the financial world and speculative markets that has no homeland. People like Macri put together huge class contempt on one side and huge impunity on the other, which leads them to live de-territorialized, as if they were not affected by anything. As if they were out of that world that they build, manipulate and define. That’s why there is a risk, a high one, that in these two months Macri will prefer to set Argentina on fire rather than accept that he has no way out. Macrismo is a wounded beast willing to die by killing. That is why it is urgent today in Argentina that the current moral president of Argentina, who is Alberto Fernández, speaks as he is already doing with patriotic businessmen and with the international leaders who are managing economic interests in Argentina. Macri is a new Nero. Alberto must avoid that new Nero set the country on fire while watching Argentina burn from his mansion.

– What can happen to the IMF, which came to lend money that hit and ran?

– You were with leaders and candidates of the Frente de Todos. What did you find that was new?