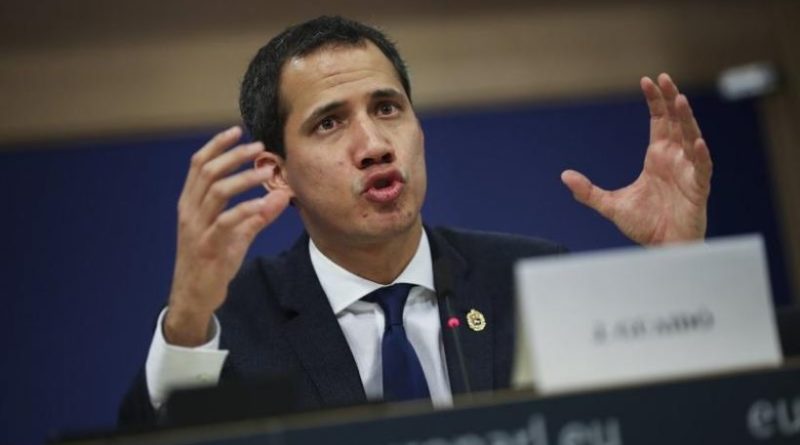 Today, January 23, marks a year of the self-proclamation of Juan Guaidó in the middle of a street in eastern Caracas.

The deputy carried out many failed operations and failed promises, and after receiving all the economic and political support of the United States during 2019, failed to meet the proposed objectives.

The international scene in which Guaidó’s self-proclamation was made is very different from the current one: tensions with Iran were not escalating to the point they are today, Trump’s political trial seemed still far away and anti-neoliberal protests had not erupted in Latin America, putting Washington-backed governments in Colombia, Chile and Ecuador up against the wall.

The mix between radicalization of geopolitical conflicts and the ineptitude of Guaidó caused the Venezuelan year 2020 to begin with an unexpected turn to try to oxygenate the self-proclaimed, widely questioned after the setback in the National Assembly on January 5 and the installation of the National Dialogue Table months ago.

After passing through Colombia, Guaido crossed the Atlantic to attend various meetings with the European Union bureaucracy in Brussels. In the process, he will also attend the World Economic Forum in Davos (Switzerland), famous for bringing together the most elite of the world financial oligarchy every year.

It is often said that Europe is an economic giant, a political dwarf and a military worm. A definition that is confirmed by the facts after its blind following of. the United States policy in Iran, Venezuela and other countries which are victims of siege.

Most likely Guaidó’s advisors have recommended that the more meetings he has with European leaders, the better the political result of his “tour” will be, a reasoning that only concludes in a “photo-op tour”, because, anyway, it is about convincing the European Union to take more aggressive measures against Venezuela, as if the recognition of an illegal internship that has tried to fracture the Venezuelan constitution was not serious enough.

Guaidó traveled to a European bloc in the process of political and institutional fragmentation, with clear tendencies towards dictatorship and neo-fascism. And nothing good can come out of there.

He had a brief encounter with British Prime Minister Boris Johnson, the same who captains the Euroscentric wing on the Western European front. Just yesterday, a few hours after the meeting, the British Parliament definitively approved Brexit, raising the temperature on the institutional crisis of the European Union a few days after the United Kingdom officially separates as a member state from the bloc.

Later, Guaidó held a meeting with the liberal Europeanist wing, represented by the High Representative of the European Union for Foreign Affairs, Josep Borrell, and the conservative front of the European Parliament, among which were also representatives of the Spanish ultra-right-wing Vox party .

In summary, Guaidó took some photos with Johnson’s opponents at the continental level, and at the same time, with Borrell’s detractors at the party and ideological level on the Spanish local front: Vox and the Popular Party (PP).

The political puzzle of the block and its tendency to fragmentation, coupled with the ignorance of Guaidó, turned its European “agenda” into a set of contradictory and crazy positions. During his speech in front of representatives of the European Parliament, he insisted on the need for more sanctions against Venezuela, reaffirming his condition as a material perpetrator of the serious inflation and services crisis in Venezuela, caused by the imposition of unilateral coercive measures (aka US sanctions).

After the meeting with Borrell, there was a statement assuring the support of the European bureaucracy for Guaido, but clarifying that the interest of the bloc is to reach a peaceful solution that concludes in “free elections.”

This fragile equilibrium between the extremist stance of the Trump administration and the extreme center of European liberalism indicates that, although the bloc does not want to project itself as a blind Trump ally, it is not interested in exposing itself to a US scolding or a dose of commercial war if they openly oppose the interests of the White House.

In this sense, Europe “Spanish-izes” in the worst of terms and emulates the political tradition of Mariano Rajoy: cover your head with a blanket, close your eyes, and hope that when it is over, the worst has passed and the winds -in addition- blow in your favor. This will not happen, and knowing the fragmentation of the material and ideological constitution of the European Union, the Trump administration seeks to break with a notion of balance difficult to sustain on its own.

Guaidó has given a speech at the World Economic Forum in Davos, repeating the same criminalizing discourse against Venezuela, in front of an event that brings together financial oligarchs, managers of global corporate companies and government leaders. He has surrounded himself with the most obscenely rich people on the planet. But although this movement can be evaluated as “positive” in relation to the self-proclaimed media show, it is not so if we expand the focus.

The Forum is today the epicenter of a global response movement against neoliberalism, due to the dramatic record of inequality that it has left in its wake. As it does every year, the British NGO Oxfam presented its report on global inequality.

Terrible figures stand out like that 2,153 billionaires of the world have more wealth than 4,600 million people. According to the report , the richest 1% of the world has more than twice the wealth of 6.9 billion people, while the number of billionaires has doubled in the last decade. Only 22 men accumulate more wealth than all the women in Africa.

This year the theme of the Forum is to correct the failures of contemporary capitalism and agree on common policies to face climate change. Although it presents itself with this benevolent rhetoric, global society understands the Forum as a space that only represents the interests of the rich, which have little to do with “fixing” capitalism or “saving” the planet, a slogan that has transformed the Green economy into the new black gold of the capitalists and investors in the field of “alternative” technologies to the use of fossil fuels.

It is the business of the century that has as its main public relations representative the youth activist Greta Thunberg.

A global survey recently presented by the firm Edelman Trust Barometer 2020 states that 56% of citizens in developed countries consider capitalism to be inappropriate, while 74% are unhappy with the current rules of the game that govern a global economy that favors inequality and the privileges of the richest.

Guaidó will be able to win a lot of press with his mediocre speech, but in political terms, what he will achieve is to place himself at the center of the global response against neoliberalism, amplifying the damage already done to his image.

A couple of days ago, the magnate President Trump gave a speech at the inauguration of the Forum, focusing on his economic policies and his personal figure. The press interpreted his speech as a contempt for the fight against climate change and the theme of the Forum. And they are right.

Trump, like the rest of the derivations of the alternative world right, consider this space as detractors of his worldview. The rich faced off against the other rich in an arms race for the technological path of the world economy on both sides of the Atlantic.

In summary, Guaido attends a space despised by Trump, sending a contradictory message that confuses the agendas, the course of actions and dissolves a possible consensus. On another scale, the same thing happens when Guaidó meets with a destroyer of the European bloc like Johnson, and then, with a staunch defender of Europeanism like Borrell. Finally, he ended up speaking to the opponents in Spain of the high diplomatic representative of the European Union.

A disaster that makes Europe’s disintegration even more evident as a geopolitical possibility in the configuration of a new multipolar order, strengthening the role of the United States as the sole decision maker in the conflict against Venezuela. Guaidó will not bathe in glory, but in the wrath of global society and the intrigues that his crashcart tour has left for European leaders.

A good way to portray the first anniversary of his imaginary government.