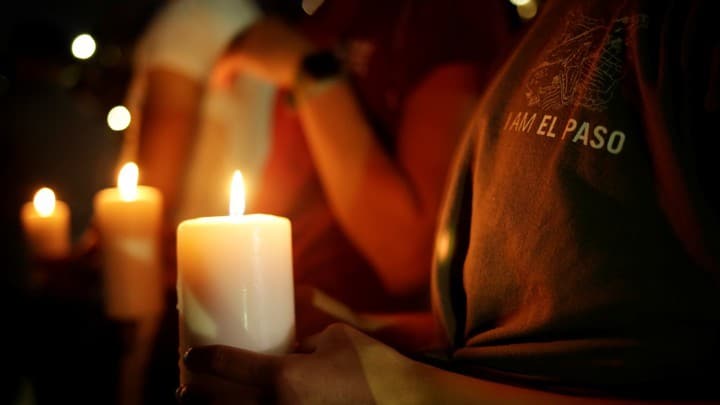 Will America finally confront the violent death rattle of white supremacy? Or will it fail to inflict the coup de grâce, allowing the ideology of hate to revive itself into a global movement, with radicalized young men engaged in what they believe is a zero-sum war for survival?

Last year, those opening lines might have been dismissed as alarmist rhetoric and hyperbole. We no longer have that luxury.

The motives remain unclear in each of these cases. But the information that’s presently available is ominous.

Like a number of other recent attacks, at least two of these incidents appear to be connected to an ideological infrastructure that nurtures and mainstreams hate against people of color. The El Paso shooter allegedly wrote a four-page note to explain his deadly rampage. The author of the manifesto claimed that he was inspired to target Hispanics after reading the manifesto of the Christchurch, New Zealand, terrorist who attacked two mosques and killed 51 people in March. He wanted to kill Hispanic immigrants as an “act of preservation” to reclaim his country from “destruction,” he explained. He referred to Hispanics as “invaders with high birth rates” and expressed his fear of “shameless race mixers,” “the threat of the Hispanic voting bloc,” and the “cultural and ethnic replacement brought on by invasion.”

The manifesto expresses extreme versions of a fear that has also been expressed by prominent political figures. President Donald Trump used invasion to describe a caravan of immigrants trying to cross the border. The Fox News host Tucker Carlson has called immigrants “invaders” who “pollute” the country and make it dirtier. In the past few weeks, President Trump told four congresswomen of color, all U.S. citizens, to go back to where they came from. He stood onstage at a campaign rally while the crowd chanted “Send her back!” for 13 seconds. He retweeted Katie Hopkins, a British extremist who has called migrants “cockroaches” and called for a “final solution” for Muslims. Some Trump supporters now openly flash white-power signs in front of cameras.

Hate that was once hidden has now been given permission to come out of the closet and drop its white robes and masks. This has real-life consequences for communities of color, Jews, and immigrants. Robert Bowers, the terrorist who shot and killed 11 people at the Tree of Life synagogue in Pittsburgh, wanted to punish Jews for allegedly helping to bring “invaders”—immigrants and Muslims—into the country.

My father, a Muslim immigrant born in Pakistan who has lived in this country for more than 50 years, called me last week, worried about his grandchildren’s future. He fears that more white rage will be unleashed if Trump is reelected. My children are innocent, lovely, caramel-mocha-skinned babies born and raised in America, but my father feels that the country he’s called home for half a century will no longer welcome them. My local mosque now has an armed guard with a bulletproof vest standing outside our weekly Friday prayers. My Jewish friends say their synagogues have amped up security in the past year. We no longer feel safe in our houses of worship.

And so, I feel compelled to ask Trump supporters: Is it worth it? How many have to suffer for you to feel great again?

As America becomes a majority-minority country, the nation will experience more racial anxiety, which was the primary reason many voters went for Trump in 2016. If you have been in power your whole life, equality looks like oppression. Some white Americans feel that people of color are “replacing” them with each success, each publication, and each promotion. Those who have historically been marginalized, excluded, or cast as permanent sidekicks, though, finally feel that we have the chance to taste the American dream, which in my home tastes like goat biryani.

For them, our success is the American nightmare.

It shouldn’t surprise anyone that white-supremacist terrorism is now the No. 1 domestic-terrorist threat in America. FBI Director Christopher Wray recently said that the FBI has recorded about 100 domestic-terrorism arrests in 2019, most of them involving ties to white supremacy. The FBI, for the first time, has also identified fringe conspiracy theories as a risk factor for domestic terrorism, citing QAnon, which says that an active deep-state conspiracy is trying to take down Trump. QAnon signs and shirts now appear frequently at Trump rallies. An FBI document predicts that conspiracy-theory-driven extremists are likely to increase during the 2020 presidential-election cycle.

As a Muslim American, I have been asked for 18 years to denounce violent Muslim extremism done by terrorists I’ve never met. My loyalty and patriotism are interrogated, questioned, and treated as suspect. So what do we say to those who enable and promote a white-nationalist ideology?

First, we have to name it, calling it out as white-supremacist terrorism and prosecuting the criminals as terrorists. We must demand that our elected leaders do the same, and if they refuse, ask why they are enabling and coddling violent criminals who threaten our national security.

We need to retire euphemisms and directly address Trump’s racism, which is inciting so much pain, anger, and hate—dividing this country along racial and religious lines.

We must stop giving mainstream platforms to provocateurs of hate, because the ratings and retweets are never worth it.

We also need widespread education for law-enforcement agencies, government officials, judges, counselors, and even teachers and churches about this growing threat of white-supremacist terrorism.

Finally, people of color can no longer shoulder this burden alone. We need all Americans to step up, to stand with those targeted for violence, because hashtags and tweets won’t cut it any longer. The dangerous force of hate is coming for all Americans who are not in its grip; only by standing together can we fight it. 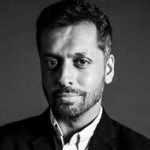 Wajahat Ali is a journalist, lawyer, playwright, TV host, and a consultant for the U.S. State Department. He is the author of the play The Domestic Crusaders, and the lead author of the investigative report Fear Inc.: The Roots of the Islamophobia Network in America.

Wajahat Ali is a journalist, lawyer, playwright, TV host, and a consultant for the U.S. State Department. He is the author of the play The Domestic Crusaders, and the lead author of the investigative report Fear Inc.: The Roots of the Islamophobia Network in America.