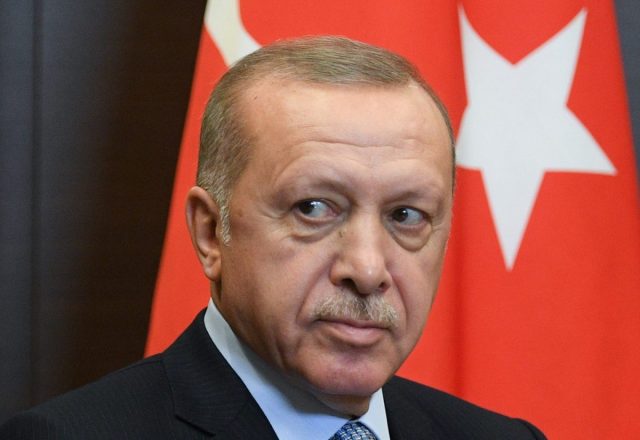 Ankara (GPA) – With multiple foreign military adventures, a tumbling lira, spiking COVID cases, and various condemnations from almost the entire outside world, what are the prospects for Turkish President Recep Erdogan’s grasp on power?

Geopolitics Alert will seek to answer these questions and more in the next several days in order to bring our readers up to speed on the current situation in Turkey and to outline some potential futures for the country. Check back with Geopolitics Alert every day for these updates that will run until early next week.

Turkish President Recep Tayyip Erdogan is currently under fire from a lot of directions for more of his usual antics at home and his ever-expanding list of military operations abroad (with more planned for the future). On top of this, Turkey is currently feuding with every Western ally that has propped up the modern Republic since its founding after World War One.

RELATED CONTENT: Iran, Russia and Turkey Support Syrian Sovereignty Before the US and Israel

Things are obviously much different today.

Far from Turkey’s previous foreign policy doctrine of “Zero problems with neighbors,” under Erdogan, Turkey has pissed off every neighbor they have, most of the MENA region, and their NATO allies and now faces the types of overt and covert pressures that come from angering nations like the US, UK, all of the EU. This while also spending a significant amount of time backstabbing Western adversary Russia, the only nation that would possibly be able to help Erdogan and his Justice and Development Party (AKP) keep down the more pro-NATO and anti-Russian opposition.

This is just a snapshot of Turkey’s current position on the geopolitical stage but like many of the AKP’s policies, what goes on outside of Turkey is a reflection of the situation inside Turkey. While he may be the most powerful Turkish leader since the Republic’s founder Mustafa Kemal Ataturk, Erdogan still has yet to fully secure a dictatorial regime by permanently ending elections. This hasn’t stopped the AKP from using dirty tricks such as ending ballot verification laws, eliminating the office of Prime Minister and making the Presidency an executive position, and calling elections ridiculously early to secure “victories” by suspiciously razor-thin margins in the last few elections.

The questions now are, with the last two national elections – only going in Erdogan’s favor by a couple of points, will the AKP be able to repeat these tactics next election or:

To better understand how any of these outcomes could easily be part of Turkey’s political future, it is key to understand the current landscape and where Erdogan, the AKP, and their neo-Ottoman ambitions to be “leaders of the ummah” fit into domestic politics and what the Turkish government’s most recent actions mean to voters.

Over the next several days, possibly going into early next week, Geopolitics Alert will release our first set of serial analyses to bring you up to speed on the current situation in Turkey. These daily pieces will cover the topics of the past and present including Erdogan’s rise and current hold on power, Turkey’s foreign policy in Syria since day one, public spectacles like the conversion of Hagia Sophia, and what it all means for internal Tur 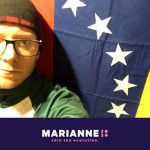