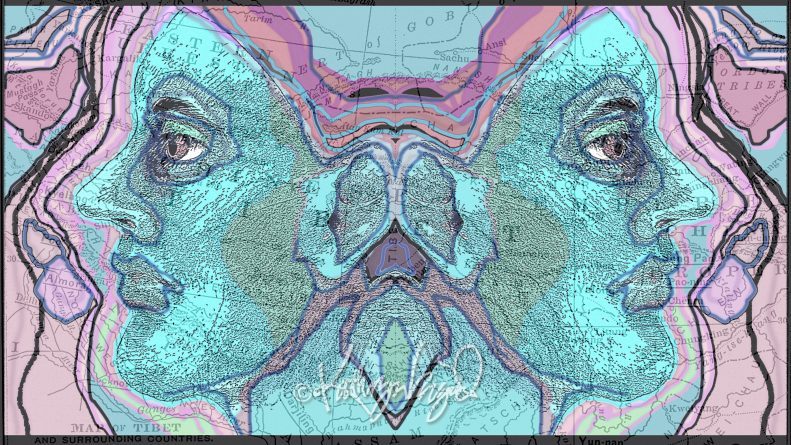 After six years of systematic attacks against Venezuelan society, added to previous balance of damage it inflicted, the US government considers this the moment to put on the table a programmatic offer to the country, to begin its “rescue, recovery and transformation” (1 ). That is what the “Plan País” presented on Thursday, January 31, by Juan Guaidó is all about.

These years have left a deep wound in the national soul. It is a period plagued by violence and marked by an unhinged economy, which begins with the shock of the physical disappearance of Hugo Chávez, and in which everything has been done to destroy his material and symbolic legacy.

After being thoroughly employed in this destructive enterprise, the US government believes it has reached a point of no return. Only in this way is it possible to understand that the US offers as a solution to all our problems nothing less than a deeply neoliberal plan (2).

Symbolic destruction means, among other things: it seems that Chavismo never existed. Twenty intense years and, for the most part, joyful, happy ones, have been compressed into six tortuous years in which “socialism of the 21st century” (3) ended the country. According to this story, the decade 2003-2013, the best that the Venezuelan popular classes have experienced in all their history, both materially and symbolically, never existed. Those wonderful years 2002-2004 in which the people defeated a military coup in less than 48 hours, resisted an employer lockout and a sabotage of the oil industry that lasted two months, and starred in a new Battle of Santa Inés, never existed. That extraordinary 1999, in which the people drafted and endorsed a new Constitution, never existed.

Check the indicators used in the US “Country Plan” to show that Venezuela is a “failed state” (4): almost all avoid referring to the country of 2003-2013. Only once is it alluded to: in the section where they explain “how we got here” (5). We arrived here, they tell us, because the “oil bonanza” was not wisely used. It is like saying that everything happened fortuitously (there was once a bonanza …), without intervention of the human will, much less the will of the popular majorities. It just happened, which is almost like saying, it never existed.

Now, it is only in 2013-2019, and always according to this narrative, that Chavismo existed at all.  Creating and destroying: a “totalitarian political model”, “dismantling of democracy”, a “failed economic system”, “destruction of the oil industry”, “monetary financing to cover corruption, inefficiency, excessive spending and over-indebtedness”. (6)

In fact, anyone would think that anti-Chavismo did not exist either, and that what today rises and stretches after six years of catastrophe, preceded by fourteen years of wasted “bonanza” that no one remembers, is the “democratic Venezuela” (7), innocent and virginal.

Just as there was no Chavismo between 1999 and 2013, it seems that there is no Chavista people who, despite the economic shock they have suffered during the last six years, remain standing, even if the cost has been enormous; the same one that has resisted stoically and disciplined through four waves of violence, in 2013, 2014, 2017 and 2019, managing to avoid escalation of the confrontation, conjuring again and again of the fratricidal war.

This attempt to make a “tabla rasa” that is, to provoke a historical shock so that the people lose their memory, is characteristic of “disaster capitalism”. In our case, once the destruction is complete, the United States makes way for itself, removing debris here and there, and begin “reconstruction” work. It can rescue, recover, transform. Start again.

Naomi Klein writes: “When Katrina destroyed New Orleans, the network of Republican politicians, think tanks and builders began to talk about ‘a new beginning’ and attractive opportunities; it was clear that it was the new method of the multinationals to achieve their objectives: to take advantage of moments of collective trauma to give the starting signal to radical economic and social reforms. Most people who survive such a catastrophe want precisely the opposite of ‘a new beginning’. They want to save as much as possible and begin to rebuild what has not perished, what is still standing “(8).

Such is the task that corresponds to the Venezuelan people in general, without distinction of political bias: start the task of rebuilding the country, keeping at bay neoliberals and warmongers who, and this is vital to understand, are exactly the same, and are eager to to finish tearing down what is still standing, which is still a great deal, contrary to what one might believe.

Chavismo, in particular, has to assume as soon as possible that the historical shock is a reality, and that it has left a long trail of demoralization, against which one can not continue reacting from the moral superiority that is camouflaged as irreducibility; that this has also caused stupefaction, perplexity, anger, pain, because it is precisely that our interpretative frames are useless, and we are no longer able to explain what happens to us or remember what struggles we come from.

It is up to us, in short, to return to that clue that Chávez reveals in his endearing and unforgettable inaugural speech, today exactly twenty years ago: the “janic vision”. Chavez said: “It is trying to arm ourselves with a necessary janic vision today, that vision of the mythological god Janus, who had one face to the past and another face to the future. This is how we Venezuelans are today, we have to look at the past to try to unravel the mysteries of the future, to solve the formulas to solve the great Venezuelan drama of today “(9).