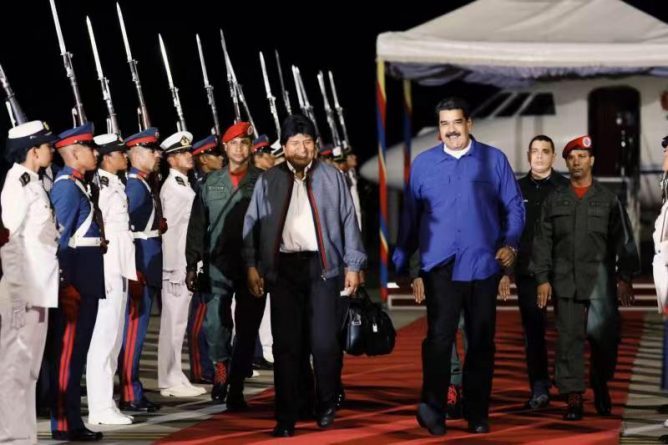 “We met with the President of Venezuela, Nicolás Maduro, and we express our full support to counter the interventionist coup d’etat of the empire that pretends to take over the Venezuelan heritage, violating international law.” With this message from his Twitter account, Bolivian President Evo Morales reported on his meeting in Caracas with the Venezuelan leader.

Evo was at the UN headquarters this Friday, where I was an invitee,  to launch the International Year of Indigenous Languages ​​and gave a speech in his capacity as indigenous president. The Bolivian leader also took advantage of the trip to meet with the Secretary General of the UN, António Guterres. “We welcome your proposal for a peaceful solution for the situation in Venezuela,” Evo said.

Guterres remains firm in his defense of dialogue as a mechanism for resolving differences, in the recognition of Maduro as President of Venezuela and in his message to the countries of the world to work together to reduce tensions in the South American country.