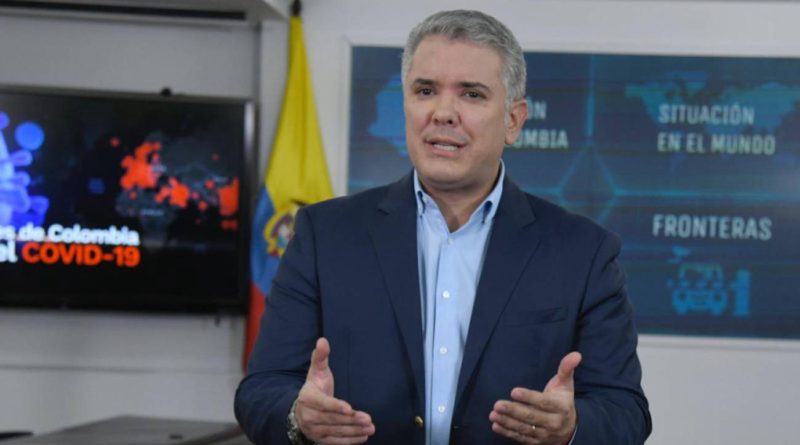 President Nicolás Maduro said on a national radio and television broadcast: Venezuela was forced to ask the World Health Organization (WHO) for expedited mediation with the Colombian government to jointly coordinate border control points.

This after Iván Duque, Colombian Prime Minister, ordered the unilateral closure of the border on Saturday March 14, a counterproductive measure not taking into account international principles of health cooperation and coordination in times of global pandemic due to the outbreak of the new coronavirus COVID-19.

In this way, Duque priorizes the geopolitical alignment with the United States over the joint responsibility required by this type of situation.

Border coordination in times of the coronavirus

The WHO had declared at the end of January that the closing of borders was counterproductive since it promoted the influx and border crossing through irregular channels, which does not allow necessary control over population groups that cross from one country to another.

In addition, says the WHO executive, the border closure affects the economy directly, something that, given the emergency context, shouldn’t be prioritized.

The Chinese case clearly demonstrates this, where the total quarantine was paramount, de facto imposing a manufacturing slowdown and a circumstantial decrease in global trade, with the People’s Republic being the second largest economy in the world.

Seen in perspective, the decision to create tight border control seems more apropiate with respect to the current pandemic situation than the border closure or free movement between countries for economic reasons.

Colombia and Venezuela, a border relationship

Of the cases confirmed by contagion of the new coronavirus in Venezuela, the Bolivarian Government reported, one came from the border city of Cúcuta in the Norte department of Santander, Colombia.

It means that the importation of infections from the Colombian side is already having an impact on the Venezuelan health field, which makes it more necessary to coordinate the binational crossing between the two States, a measure ignored by the Casa de Nariño.

Vice President Delcy Rodríguez informed the Venezuelan population that in Bogotá they do not respond to their calls to implement a cooperative framework in this extraordinary case for the life of millions in both countries.

Yes, the Brazilian government did, whose border with Venezuela is currently better protected due to strategic interests (such as the general cooperation agreement between the Electric Power Research Center and the National Electricity Corporation of Venezuela that supplies the state of Roraima).

As the WHO is the highest body in the health field, and which is part of the United Nations (UN) system, it is the arbitrator indicated for Venezuela in the search for mediation in the face of the irresponsible behavior of Iván Duque due to the unilateral closure of the border in Colombia.

In this way, the figure of the Colombian president as a sensible statesman is questioned in front of the international community, which consists of 195 countries recognized by the UN (and not 54, as Juan Guaidó claims).

The level of influence of the United States in the decisions of Iván Duque, with or without coronavirus, directly toxifies relations between Colombia and Venezuela considering that the Colombian-Venezuelan border is made up of a particular dynamic in the region .

The illegal trails, some controlled by narco-paramilitary groups such as Los Rastrojos from the Colombian side ( their connections with the Casa de Nariño -and Guaidó- are conducive), irregular cross-border channels that carry out smuggling and the unofficial influx of people that, for one reason or another, cross daily with built-in risks.

With the unilateral closure of borders, the context of the trails rises to a critical point, in which there is no state control of the people who could be infected by the new coronavirus.

In addition, it promotes the ineffectiveness of the drastic measures that the Nicolás Maduro government has taken to contain the pandemic in Venezuelan territory.

The social quarantine in the Táchira state is key for being the bordering state with Colombia that has the highest binational influx. If Duque is not able to coordinate the border crossings with Venezuela, the illegal trails become the main channels for the virus to spread exponentially, reducing the chances of containing the pandemic.

Hopefully, WHO will serve as a coordinating channel between the two States; otherwise, Duque’s intentions would confirm the criminal nature of his government, since they directly affect the public health of Colombia and Venezuela without distinction. Viruses do not have a passport.