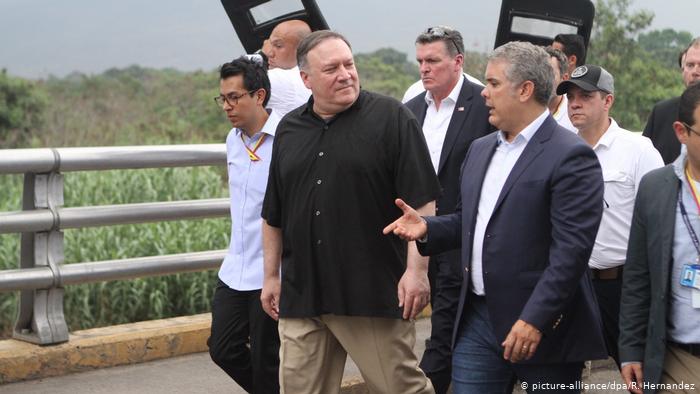 The President of the Republic, Nicolás Maduro, confirmed in the evening hours of this Monday, March 16, that the first meeting between Colombia and Venezuela was held to establish working mechanisms to combat the Coronavirus on the border.

The information was released during an address that was broadcast on radio and TV, in which the head of state indicated that this approach was possible thanks to the mediation of the World Health Organization (WHO).

“Today there was a conversation with the Colombian Minister of Health (Fernando Ruiz Gomez), our Minister of Health and our Chancellor, it is the first meeting, we succeeded, thanks to the WHO,” said the national prime minister .

Venezuelan authorities were very critical of the lack of coordination by the Colombian authorities due to their long lasting attempt to promote a US regime change operation, in motion since January 2019.

More recently Venezuelan Vice President and Chancellor questioned the unilateral and unconsulted closure of the border between Venezuela and Colombia that forced thousands of nationals from both countries to use illegal trails controlled by paramilitary groups and without any kind of epidemiological control, putting at risk the lives of their own nationals and the Venezuelan population.

President Maduro also thanked the Minister of Health of the neighboring nation, for having established contact with his Venezuelan counterpart.

“Did you see that, Iván Duque, si se puede. Put health before everything; I thank the Colombian health minister for his call, we are ready to face this crisis,” he said.