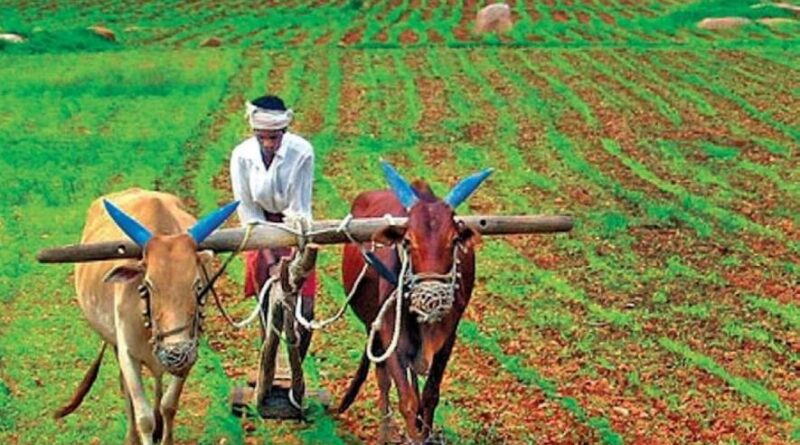 There are a number of misconceptions about Indian agriculture which, if not removed forthwith, can have potentially adverse effects on the ongoing kisan agitation against the three farm laws.

This is not a rhetorical statement; it is literally true. In this sense the kisan agitation against corporate encroachment is not a bilateral issue like industrial action in a particular factory; in the process of fighting against corporate encroachment the kisans are fighting objectively for society as a whole, against subjecting India to “food imperialism”. The reason is the following.

Corporate encroachment on peasant agriculture does not just mean corporates taking away a part of peasants’ income, either directly via simply squeezing the peasants’ share, or indirectly via passing on price falls to peasants but not price rises; it necessarily entails a change in land-use, from producing foodgrains of which the advanced capitalist countries have a surplus that they wish to sell to the third world, to producing such crops as they need, either tropical non-food crops which they cannot grow, or crops that they can grow, but only seasonally.

Corporate encroachment on peasant agriculture therefore necessarily entails a reduction in foodgrains output and a diversion of acreage from foodgrains to other crops needed by the metropolis. In fact, to push the economy further in this direction, an additional weapon is being used: the regime of minimum support prices (MSP), which applies mainly to foodgrains in India at present, is being jettisoned.

The Modi government may protest a thousand times that MSP will continue, but, significantly, it has never promised to amend the farm laws to give this assurance a legal form. Its intention is clear: to do away with the MSP regime altogether, which would greatly increase the kisans’ risks from foodgrain cultivation and lower the profitability of such cultivation net of risk. This would necessarily reduce foodgrain cultivation, since the farmers, being too poor to bear risks, are highly risk-averse.

But then it may be asked: what is wrong if countries like India withdraw from producing foodgrains and resort to food imports instead for which they pay by exporting other crops?

First of all, for the ability to import foodgrains there must be sufficient foreign exchange, which may not be always available with a country. Apart from the problem of non-synchronous movements in foodgrain and other crop prices, so that a relative fall in the latter may leave too little foreign exchange for the former, we must also remember that when a country of India’s size approaches the world market for foodgrains, world foodgrain prices shoot up immediately, requiring even more foreign exchange for importing a given amount of grains.

Secondly, however, even if the requisite foreign exchange is available with the country for importingfoodgrains, the people must also have the purchasing power for buying foodgrains; and purchasing power typically shrinks when a country moves away from producing foodgrains. Many of the substitute crops that would be grown in lieu of foodgrains are in fact much less employment-intensive than foodgrains so that growing them means a reduction in agricultural employment, and hence in purchasing power with the people. They cannot afford to buy the imported grains as a result.

In addition to these factors, there is also imperialist arm-twisting. Since metropolitan countries are the ones from which foodgrains would be getting purchased, in the event of India not toeing their line on any issue, they would simply refuse to sell foodgrains to India. Hence, becoming dependent on imports of foodgrains from metropolitan economies involves a serious loss of sovereignty. It is the realisation of this simple truth that had prompted the Indira Gandhi government to go in for the Green Revolution as a means of achieving food self-sufficiency. To put the clock back and destroy that self-sufficiency (even though it is self-sufficiency at a low level of purchasing power of the people) is what the Modi government’s farm laws are forcing on the country. Imperialism has been wanting this for a very long time, and the Modi government is spineless enough to give in.

The kisan agitation is a stand against this giving in. To accede to the introduction of corporate agriculture and to bargain only on how much should be the share of the farmers and how much of the corporates, is to miss this point altogether. It amounts to selling whatever remains of the country’s sovereignty to imperialism. And this is in addition to the fact that such an approach would roll back the public distribution system (since it cannot be sustained through imports whose volume each year would be uncertain).

The second misconception relates to the belief that a country-wide MSP-cum-procurement regime is unnecessary in India. It is argued that the procurement that the Food Corporation of India undertakes just from the three surplus regions, Punjab, Haryana and Western Uttar Pradesh, is quite enough to feed the public distribution system in the country as a whole; hence a country-wide MSP-cum-procurement regime can only swell the stocks with the government, raising the cost of storage, and of interest payments on the credit advanced by banks for procurement, both of which involve a drain on the budget.

Casting the procurement net wider than the three surplus regions, therefore, entails, in this view, a double-waste: a waste of grains in government godowns, and a waste of budgetary resources tied up with their purchase and storage; it is best therefore to keep the ambit of support and procurement operations limited.

This argument too is wrong and betrays a lack of knowledge about Indian agriculture. The FCI does not procure much from other states anyway, and a rise in MSP does not raise this amount much. The MSP is a floor-price and a rise in this floor price raises even the price on open-market sales. Hence what a rise in MSP does is to raise kisans’ incomes by raising the actual price they get on their non-FCI sales. And it does this not because of an increase in government procurement but even without such an increase.

But then how can the open-market price rise without a fall in open-market demand, which would then necessarily mean larger procurement by the FCI? The answer to this puzzle lies in the fact that the demand for foodgrains by higher income groups, that is, those outside the ambit of the PDS, is generally price-inelastic, which means that this demand does not shrink much even when the foodgrain price rises in the open market. Hence the question of there being unsold produce that devolves on the FCI (which therefore has to hold extra stocks), because of the parallel rise in the open market price following a rise in MSP, simply does not arise.

Of course, the FCI is lackadaisical about operating in states other than the three surplus states, and some state governments have had to step in with their own agencies to make up for the FCI’s absence. Whenever such agencies have operated, they have not mobilised much by way of procurement, but have given the kisans an assured income. It is important therefore that the FCI’s operations, far from being truncated from an all-India level, should on the contrary be made pervasive and have an all-India coverage.

This means that both the propositions, first, that corporate encroachment only affects the peasants’ share and hence is a bilateral issue between the kisans and the corporates, and, second, that an effective MSP for the country as a whole, and appropriate increases in it according to circumstances, are “unaffordable” for the government, are invalid. Such propositions however can weaken the kisan agitation; they must not be allowed to do so.