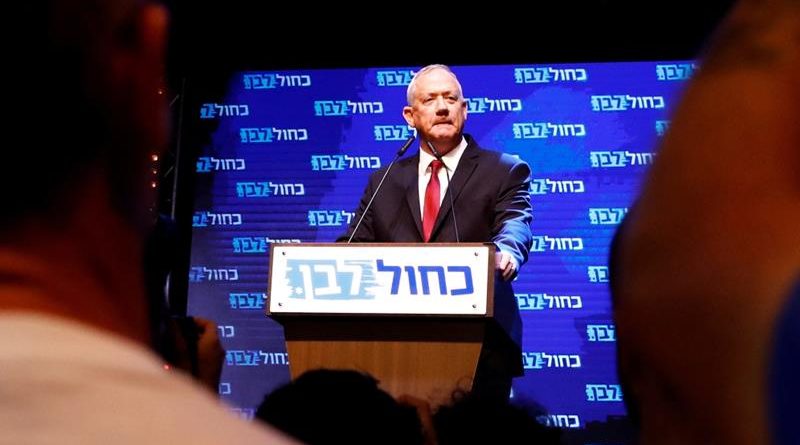 One of the grave consequences of the disastrous Oslo Accords was that it redefined the Palestinian people as only those who live in the occupied West Bank and the Gaza Strip. The 1.8 million second-class Palestinian citizens of Israel and the six million Palestinian refugees living in the diaspora are thus relegated to the bottom of the agenda of any talks since they have no representatives at the negotiating table.

As a result, each component of the Palestinian people is pursuing its own agenda and final status solution – be it an independent state for those living in the West Bank and Gaza, a bigger budget allowance for Palestinian citizens of Israel, or more civil rights for the refugees living in the Arab world.

Only within this context can one comprehend the catastrophic move by three of the four parties comprising the Joint Arab List to endorse Benny Gantz for the position of Israel’s next prime minister – a man who orchestrated war crimes during the 2014 Israeli assault on Gaza which killed more than 2,200 Palestinians and has shown no regret about it.

The reason why the Joint Arab List, with the exception of three members of the Balad party, has decided to nominate Gantz is “because we want to put an end to the Netanyahu era”, as its Chairman Ayman Oudeh explained.

He added in one of his tweets that “we want to live in a peaceful place based on ending the occupation, the establishment of a Palestinian state alongside the State of Israel, true equality, on the civil and national level, social justice and certainly democracy for all”, without explaining how this justifies their nomination of Gantz, who has already rejected all these demands upfront and who bragged about killing Palestinians, in fact, during the election campaign.

This unprecedented move by Palestinian politicians in Israel, which comes at a time when Israeli snipers are killing and maiming Palestinian demonstrators every Friday at the Gaza fence, has sent shockwaves throughout historic Palestine. This is not only because the endorsement gives legitimacy to a war criminal who supports the racist nation-state law in Israel, which relegates Palestinians to second-class citizens, but also because as prime minister he will certainly continue committing crimes against the Palestinian people.

He will pick up where Benjamin Netanyahu leaves off and carry on promoting and entrenching apartheid, killing innocent Palestinian civilians, keeping the West Bank under military occupation, besieging and strangling the Gaza Strip in an act of collective punishment, annexing Palestinian land and expanding illegal Jewish settlements in the West Bank.

This decision by the Joint Arab List reflects the short-sightedness and political opportunism of parts of the Palestinian political elite in Israel. It reduces the struggle for true equality by Palestinian citizens in Israel, and also the common Palestinian fight for freedom and justice, to simply “getting rid of Netanyahu” and replacing him with another war criminal.

Instead of demanding their full rights, they are ready to pick up “crumbs of compassion thrown from the table of someone who considers himself [their] master”, as Archbishop Desmond Tutu would put it.

The repercussions of the decision taken by the Joint Arab List will haunt us for a long time. It is a form of normalisation, in which the colonised, blinded by admiration for the false ethnic, liberal democracy of the coloniser, fails to understand the mechanisms of power in a settler-colonial state.

As many Palestinian political forces, on the left and the right, have pointed out, the act of participating in Israeli elections itself is also highly problematic. It legitimises Israeli political structures, such as the Israeli Knesset, where the oppression of the Palestinian people is constantly legislated and legalised.

Supporting these structures can in no way help Palestinians achieve basic human rights, justice or equality. Given that the core of the system is apartheid, working within it cannot and will not ever lead to the liberation of the Palestinian people, as it is premised on their segregation, oppression and occupation.

This system needs to be boycotted in order to put the legitimacy of its racist order under question and to pave the way for other alternatives. For this to happen, however, it is clear that there needs to be decolonisation of the Palestinian mind in Israel so the leaders of the Arab parties in Israel understand that opposing the political and ideological bias of the system entails rejecting all its power structures.

Until this happens, the Joint Arab List will continue playing its political game, which not only excludes the other two components of the Palestinian people but also gambles with the basic rights of its own constituency. 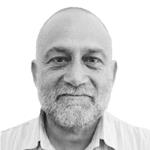 Haidar Eid is an associate Professor at Al-Aqsa University in Gaza.

Haidar Eid is an associate Professor at Al-Aqsa University in Gaza.