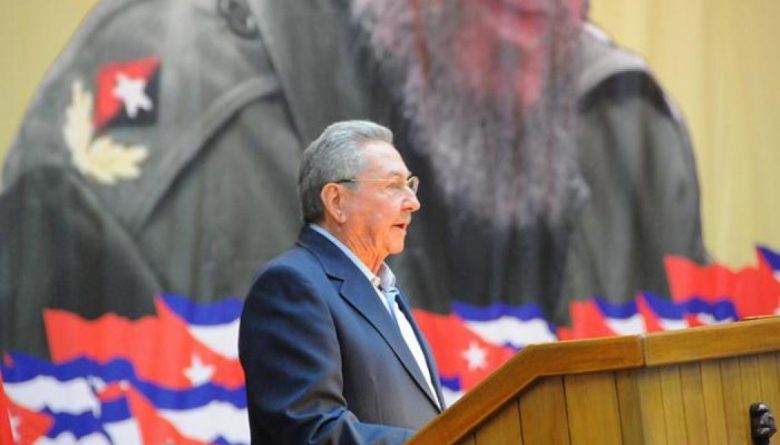 Cuba, that stubborn alligator-shaped little Caribbean island that for six decades has resisted the hostility of the world’s most powerful country, overwhelmingly approved last Sunday in a referendum a new Constitution.

Aware of the importance of this action at a time when Washington is populated by warmongers and greedy imperialist hawks who have declared war on Venezuela and repeatedly threatened their country, few Cubans stayed home: According to the island’s National Electoral Commission, of the 9,298,277 citizens with the right to vote, 7,848,343 – or 84 percent – went to the polls to answer the question: “Do you ratify the new Constitution of the Republic”?

Eighty-seven percent of the votes cast – that is, 6,816,169 voters voted yes and nine percent, or 706,400 voted no. Though it was always expected the the new constitution would be ratified, ironically, the number of people voting in favor seems to have been boosted by the population’s concern over the aggressive policies of the Trump administration and its implication for national sovereignty. Cubans are a proud people and have never taken any threats to their country’s independence passively, regardless of their own political or ideological convictions.

The White House, not exactly a paragon of virtue, worried about the support – no doubt punctured by questions and concerns – for the Cuban government made clear by the massive turnout, was swift in its condemnation of the referendum and the new Magna Carta.

With typical arrogance, Vice President Mike Pence declared the result fraudulent before singing the praises of Venezuela’s “designated president” Juan Guaidó, appointed by fiat by the White House cabal of extremists and racists. To his eternal shame, Guaidó has said he is not opposed to foreign military boots trampling his Venezuelan fatherland, leaving no doubts about his status as a puppet built to Washington’s specifications.

Yet Pence, Trump, National Security Advisor John Bolton and Special Representative for Venezuela Elliot Abrams, with their “masters of the universe” mindset, do not understand or care about Cuba, its people or its future.

As professor Nelson Valdés, an expert on Cuba, has explained, the new constitution and the referendum through which it was approved, represent a sea change in Cuban political power and decision-making mechanisms.

“What we are witnessing is the final steps in the creation of a new political game and political regime. The new constitution outlines what the new political game would be,” Valdés said. “I assume that, eventually, the mass organizations would become pressure groups and even political parties. In other words, the mass organizations will be changed from transmission belts to the means to articulate sectorial interests. A referendum is certainly a change from the mass rallies.”

History shows that everything related to Cuba and its revolution is subject to attacks that run the gamut from serious and well-intentioned, to absurd enemy propaganda.

By its own admission, the U.S. “embargo on Cuba is the most comprehensive set of U.S. sanctions on any country, including the other countries designated by the U.S. government to be state sponsors of terrorism — Iran, North Korea, Sudan, and Syria,” according to the United States Government Accountability Office (GAO). But, this is not enough for Trump and his unofficial Latin America advisor, Marco Rubio, the son of Cuban immigrants and the most despicable enemy of his parents’ own country.

Now, they are threatening the Cuban people with new, harsher measures that, in the words of the National Lawyers Guild, will amount to a “second embargo, one that would be very difficult to dismantle in the future.” (Go to NLG.org to read all about it).

Cuban-American doctor Romy Aranguiz has accurately described such measures in a Facebook post: “Meanwhile in bully town: Let’s be a bully to all the people in need. Starve them with embargos and then start the propaganda because the same people are starving.”

A cruel and dishonest policy toward Cuba and of course, Venezuela. A policy that must be opposed, and which speaks volumes of Washington’s fetid moral bankruptcy.