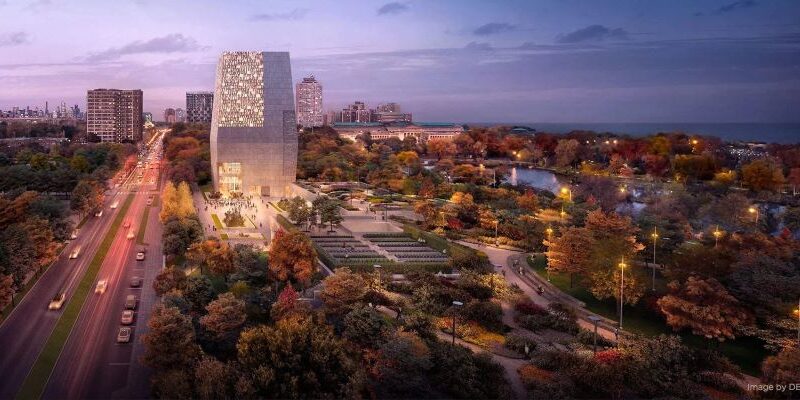 The Obama Presidential Center will inevitably displace a working class Black community in Chicago. The center is in keeping with Obama’s history of doing the bidding of the powerful, including accelerating gentrification.

The soon to be constructed Barack Obama Presidential Center poses a great danger to the surrounding Black neighborhoods on the South Shore of Chicago. In fact, thanks to this $500 million, 19-acre homage to the 44th president, there may not be any Black people living there much longer.

Families are already facing rent increases and homes that were once moderately priced are now unaffordable to Black working people. These market manipulations are integral to the gentrification model of urban development. The end result is always a displaced and dispersed Black population.

This crisis is but the latest Obama slap in the face to the people who loved him the most. His 2008 presidential campaign stump speeches were replete with the worst stereotypes about Black men. Who can forget his not very funny jokes about the imagined Cousin Pookie who wouldn’t get off the couch to vote. Obama avoided any mentions of Black people and their unique status with canned lines about rising tides lifting all the boats.

Of course the intent was to disappear Black people as a group and therefore make himself more palatable to white people. In his maiden speech at the 2004 Democratic National Convention he declared, “There is no white America. There is no Black America.” He showed his hand early on and no one should have been surprised when he disappeared the needs of the Democratic Party’s most reliable voting block in order to gain political advantage.

Construction of the enormous facility will not be the first time that Black people lost homes and money because of Obama. The Peoples Policy Project reported how federal inaction during the housing bubble collapse was especially damaging to this group. The Obama administration did not take the steps necessary to end foreclosures, in fact his Home Affordable Mortgage Program (HAMP) accelerated foreclosures by aiding the banks more than homeowners. The crooks who enabled the crash got away and struggling workers got the shaft.

The tragedy is that these failures of policy did little to diminish Obama’s luster with Black people. He could do no wrong, regardless of the damage that he created domestically or internationally. The code of silence did nothing to help his enablers. The foreclosure crisis pushed vulnerable people over the edge to loss of property and loss of wealth. Homeownership has traditionally been the main source of wealth for Black people and losing it has devastating consequences.

Renters will also suffer. The state of Illinois does not have laws limiting rent increases. . Landlords in the area are already raising rents in anticipation of the coming changes. In typical Obama fashion, an inadequate community benefits agreement was hastily drawn up. It provides for low-income housing in one small area of the community, but leaves others untouched.

None of them grew rich because they cared about the needs of working people anywhere in the country and those who risk being forced out of their neighborhood are not exceptional in their eyes.

RELATED CONTENT: Alex Saab to Appear Today Before a Judge in Miami

Barack Obama is leveraging his connections to the rich people and the corporate interests who made him a United States senator and then president. He worked on their behalf and in return they help to build a modern day cathedral where he can be worshipped and dispense patronage as he sees fit. That is what former heads of state do after all. They are errand boys and girls for the international 1% and they live happy and wealthy lives thereafter.

The South Shore residents must be disabused of any notion that their needs count to Obama or his benefactors. The center is not being built for them. They are literally in the way of the developers who now have another neighborhood where they can manipulate the market and grow richer.

Everyone in this sordid drama is doing what they always do. It is the people who want to stay in their homes who must behave differently. They are under the misapprehension that they can rely on good will where there is none to be had.