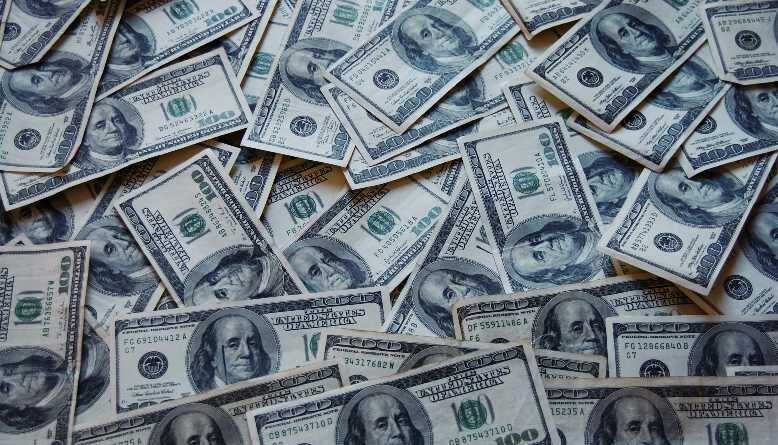 As governments attempt to spend their way out of the crisis, ideas like Modern Monetary Theory have gained traction; Yanis Iqbal explains why it’s no solution for the left to champion

During a crisis, ideas developing in the background seem to foreground themselves. In the pandemic catastrophe we are experiencing today, new economic theories purporting to present alternatives to the existing neoliberal regime have gained traction. Keynesianism or its updated variant named “Modern Monetary Theory (MMT)” is a paradigmatic example of this.

One of the central tenets of this theory is that state spending, a public debt, can be used to combat recession. Raising overall demand in a given country will facilitate a recovery insofar as there is disposable productive capacity (unemployed workers, stocks of raw materials, machines working below capacity). These unused resources are mobilized by the additional purchasing power created by the budget deficit. Only when these reserves are exhausted do you get the onset of inflation.

To recognise the structural unsustainability of Keynesianism-MMT, we need to look at Karl Marx’s views regarding public debt, which are rooted in relations of class exploitation. When one adopts this analytical lens, it becomes immediately clear that public debt is associated with myriad problems and contradictions.

Financial aristocracy
First, public debt aids the expansion of the stock market and encourages speculation on the part of capitalists and banks, thus creating an “aristocracy of finance”, a group Marx described as a “brood of bankocrats, financiers, rentiers, brokers, stockjobbers, etc.” that amassed fortunes from trading and also owning government securities. Speculation tends to reduce capitalists’ investments and banks’ credit to production.

This is because public debt allows corporations to gain from speculation, in a process where capitalists tend to become rentiers. The reduction of investment and production credit implies a reduction of productive employment, which, in turn, due to the enlargement of the “reserve army of labour”, means a reduction of wages.

This clearly reduces the demand-expanding impact of state debt. In sum, the debt-financed expansion of public expenditure paradoxically causes a redistribution of available labour from productive to unproductive sectors, reducing workers’ wages.

It is important to note that excessive public debt ultimately becomes a burden on capitalism. This is because public debt, in the final analysis, is a drain on surplus value. Without a productive economy, it is meaningless. Capital won’t yield interest if the capitalist economy does not perform any productive function i.e. if it does not create surplus-value, of which interest is just a part.

For much of the post-WWII boom, although the public debt of the major capitalist countries was increasing, it was growing at a rate less than the accumulation of capital; the situation was containable. It was only when the specific weight of such debt began to mount, when it threatened to consume a greater proportion of a slowly rising volume of surplus value, that the situation became intolerable for capitalism.

The needs of the individual capitalist with his share in the public debt and the need of the system as a whole to extract surplus value in the course of industrial production came into conflict. Inflation seeped into the economy as the claims of the different groups to the social product (surplus value) added up to more than the social product itself. This strongly contributed to the stagflation of the 1970s.

Fiscal conflict
Second, wages fall not only because of the aforementioned rise in the unemployment rate but also because the increase in public debt implies increases in taxes on wages—a case of fiscal conflict. For Marx, the tax revenues that are eventually needed to service the public debt are financed by overtaxation of “the most necessary means of subsistence.”

This overtaxation is not accidental: it is an entrenched principle of public indebtedness. Thus, public debt creates a clear-cut conflict, redistributing or expropriating income from the working masses of taxpayers to the rentier class of public creditors.

A highly concentrated public debt limits the efficacy of debt-financed government spending. The propensity to consume is much higher for those with lower incomes, and a pattern of distribution skewed toward top earners will inevitably undermine, rather than enhance, the efficacy of countercyclical deficit spending.

If the government taxes companies, capitalists will react to it either by postponing investment or refusing to buy state bonds. Furthermore, disposable wages can drop even if the government taxes firms, since firms can offload taxes onto prices, thus negatively affecting real wages. Hence, it is the state’s dependence on the private sector which erodes its economic power.

Monopoly capitalism
Third, the increase of the supply of state bonds generates an incentive to speculate only for firms that operate in the financial markets i.e. generally for big corporations which have higher accumulated internal funds. This by and large weakens the standing of small corporations.

In a demand-constrained economy, public debt does not cause crowding out due to simultaneous output and price adjustments. This is because the “fixed pool of savings” increases as output increases and there are no constraints on private sector borrowing.

However, in an economy where there is no disposable productive capacity, government expenditure, financed by borrowing, does not generate additional private savings, over and above the savings that were being generated before this expenditure was undertaken. Thus, crowding out occurs.

This happens at the expense of small capital, which becomes more vulnerable to processes of acquisition on the part of big corporations. As a result, increases in public debt steadily contribute to an increase in the industrial concentration ratio, thus amplifying the tendency towards monopoly capitalism.

Monopoly dampens the impetus to new innovations. The investment-seeking surplus generated by the enormous and growing productivity of the system is increasingly unable to find sufficient new profitable investment outlets. And so monopoly capitalism faces a tendency toward stagnation.

There is a continual need to find new ways to profitably invest its surplus and create new sources of demand. Today, this has led to the creation of a financial “casino” where finance plays a crucial role in propping up demand—fuelling speculative tendencies. The crisis appears with the collapse of the speculative bubble.

Socialism
Instead of working toward the benefit of workers, Keynesianism-MMT—through the use of public debt—solidifies exploitative class relations by dividing society into taxpayers that finance interest payments on government bonds and bondholders that receive those tax-financed interest payments.

What we need is a socialist economic regime which eliminates the fundamental contradiction of the capitalist mode of production between exchange value and use-value, between the social relations and the forces of production. If this contradiction is not eliminated, profit-making for the rich will continue to destroy human creative power.