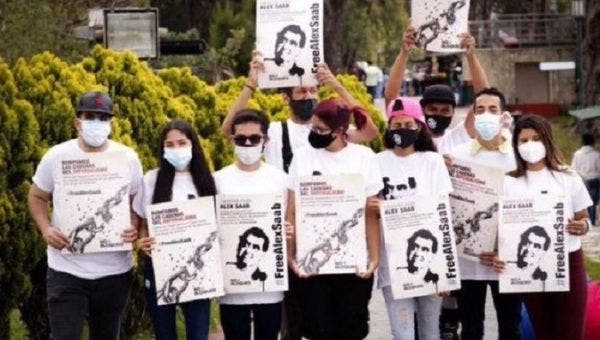 On Tuesday, the United Nations Human Rights Committee ruled on the illegal detention of the Venezuelan diplomat Alex Saab and requested the government of Cabo Verde to suspend his extradition process to the United States. In addition, Cabo Verde was requested to take all necessary measures to ensure access to appropriate health care for him.

“Pursuant to Rule 94 of the Committee’s rules of procedure, the state party [Cabo Verde] has been requested to refrain from extraditing Mr. Alex Nain Saab Morán to the United States of America while his case is under review by the Committee or until further notice,” read a letter signed by Helene Tigroudja and Arif Bulkan, members of the Human Rights Committee Special Rapporteurs on New Communications and Interim Measures.

“The State party has been further requested to take all necessary measures to ensure access to appropriate health care for the author, preferably by independent and specialized physicians of his choice,” it adds.

Nevertheless, the Committee may review its decision on the basis of the information provided by Cabo Verde and Saab’s lawyers.

Attorney for Venezuelan diplomat Alex Saab, Femi Falana, tells me Cape Verde arrested his client *before* it received the Interpol red notice calling for his arrest, proving Cape Verdean authorities were "acting on the orders" of US gov't

Alex Saab was detained in June 2020 by Interpol during a technical stopover at Cabo Verde’s Amílcar Cabral Airport. This action was prompted by an arrest warrant issued by the US while he was returning from Iran.

Previously, the Barlavento Court of Appeal had already ruled twice on the extradition of the diplomat. His detention, however, was denounced by Venezuela as “arbitrary” and a “violation of international law and norms.”

As part of its economic harassment campaign against the Bolivarian government, the United States has accused Saab of alleged illicit commercial contracts and money laundering.

According to Bishop Filipe Teixeira, SJ, who is currently leading a humanitarian delegation in Cape Verde, “it’s an important decision for this division of the United Nations, the Human Rights Committee, because it will give another reason for the Constitutional Court in Cape Verde to hopefully make the right decision, so that diplomat Alex Saab is not extradited to the United States of America. Secondly, it will give him the opportunity to have independent doctors come visit him, for his cancer, and to see where he is at, as he has been deprived of medical care for one year in the Republic of Cape Verde.”

Furthermore, Teixeira told TeleSUR that, “Alex Saab is not in good condition, as anybody with a cancer diagnosis needs to see a doctor every so often, and being deprived of medical care is a bad sign… We are on the island of Sal, we tried to go visit him but we were apprehended by police officers and military with machine guns. We confronted them but they would not allow us to go.”

Finally, Teixera stated that Saab “is under house arrest, he doesn’t have internet or keys to the house, no telephone, no visitors, though recently they did allow his sister and brother-in-law to come visit from Venezuela. The Venezuelan ambassador who was living in Dakar, Senegal, came to Sal in Cape Verde almost a year ago, to get access to Alex Saab, which is very difficult. When the ambassador comes to visit him he is searched, he cannot bring anything, even his cellphone. So there are a lot of human rights violations, and that’s why we believe the United Nations made the right decision. As I said prior, now we have to see how the Cape Verde government is going to respond to the decision of the United Nations.”

Later in the evening, the Venezuelan Foreign Ministry put out a statement welcoming the decision and stating “Venezuela welcomes the decision of the UN Human Rights Committee, in which it requests the Republic of Cape Verde to adopt a set of measures to guarantee the human rights of Ambassador Alex Saab. We reiterate the call to put an end to his illegal detention.”