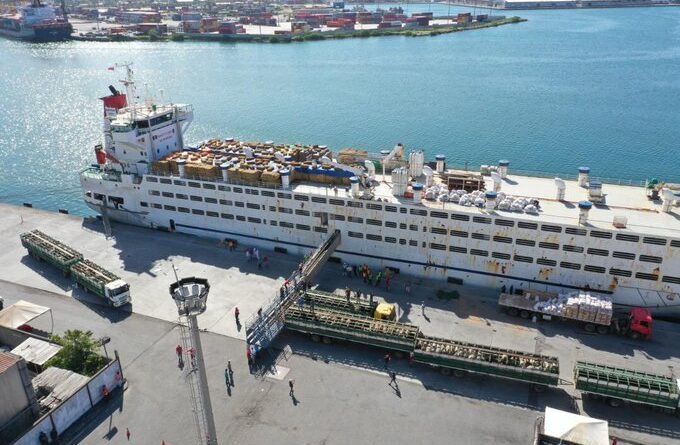 For every 100 bolivars that production has been reduced in Venezuela since 2013, 60 have been as a result of the attack on the bolivar by imperialism and the other 40 due to the collapse of oil exports.

In the previous article, we showed the sequence that allows us to explain why the attack on the currency causes a decrease in national production, the deterioration of purchasing power being the consequence, in turn, of hyperinflation induced without adjustments of the nominal wage being the key aspect. In this part we will focus on the other weapon of imperialism to prevent the 15 productive engines of the economy from starting: the impact on exports.

In Venezuela, as in any other country in the world, exports weigh heavily on internal production levels. Imagine that your home is the country, and you have a small garden where you plant and harvest what you eat daily. Although your garden is highly diversified, even if you have chickens that give you eggs and a cow that gives you milk and you make the cheese yourself, you will always need other goods and services that, no matter how much you want to, you will not be able to produce, for example, clothing and footwear, but also tools, among others. You cannot be self-sufficient. Therefore, you need resources/money to acquire those other goods and services elsewhere. How do you acquire them? Selling part of your merchandise outside the borders of your home/country. That money/currencies you obtained from the sale/export should be used for:

1) to be able to acquire inputs, raw materials, machinery and spare parts for internal production and also goods that you do not produce, that is to import;

2) pay the commitments you have acquired, that is, to pay the foreign debt;

3) have a few savings in case of any contingency, that is, to have a good cushion of international reserves.

Of course, in Venezuela, these currencies have historically been given a fourth use: they have fattened the bank accounts of large transnationalized capitals, in other words, to have a good international reserve buffer.

If these currencies are not available, the inputs and raw materials necessary for domestic production will not be imported, nor will the goods that are not produced here, much less will the external debt commitments be honored by affecting new financing and not to mention the possibility to save and increase international reserves, on the contrary, we will have to eat the savings, which is what has been happening. International reserves in Venezuela have decreased 69% from 2013 to 2019, from US $ 21,478 million to US $ 6,630 million (BCV data).

In Venezuela, for at least half a century, exports have been 95% dependent on oil production. Although we are not a mono-producing country because out of everything we produce, only 15% is oil and the rest are other goods and services, we are mono exporters. It is the Achilles heel of our economy. Any impact on these exports, whether through prices or quantities, triggers a distortion of the entire national economy downstream. In terms of unconventional war theories, Constructive Chaos is the one that best applies, by moving a single variable, in this case oil exports, generates chaos that is added to that created by the other important strategic variable, the price of the bolivar.

In Chile, at the beginning of the 70s, it was not by chance that the price of copper, the main source of foreign currency income in that country (80% of exports) decreased, in addition to the national strikes promoted by the far-right parties to paralyze the mines. The attack on the copper industry was part of the covert actions in Chile according to the report presented in 1975 by US senators in which they demonstrated the participation of the CIA in the overthrow of Allende.

The attacks of imperialism against our economy and therefore against the Venezuelan people have been accurate. They are attacking us at strategic points: 1) the price of the bolivar and 2) our main source of income, oil.

Obviously you have to produce, nobody doubts it, and you have to diversify exports, there is no doubt, of course, on the understanding that you must first meet the needs of internal consumption, before exporting the harvest, the chicken and the cow abroad and even the eggs, milk and cheese that are produced.

But it is important to understand that the productive engines will not be turned on, neither for domestic consumption nor for export, until the attack on the bolivar is strategically stopped and oil production recovers in the short term.

What has been happening these last 7 years is that, while those who design economic policy, in a theoretical exercise, without recognizing that the attack on the bolivar is the main economic weapon, much less acting accordingly, and without putting their eye on what happens with oil production, they try to push and push so that they finish turning on and starting the 15 engines, while the enemy, who never rests, continues doing his job and not only exerts resistance to that thrust of the engines preventing them from starting, but with greater force they pull and pull in the opposite direction, making the few engines that were on turn off.

Let’s start, strategically, by recognizing the damage that the attack on the bolivar is causing, both in the deterioration of purchasing power and in the drop in production, that would already be a great step. Second, let’s act accordingly and stop the political manipulation of the exchange rate. Third, let’s see what happens to production at PDVSA. The blockade is no excuse, let’s ask the Russians and Iranians. They even left the oil industry without a brain in 2002 and Chávez revived it with the working class, how is it that it is not going to survive now?

Meanwhile and among many other aspects, it is urgent to recover the real wage (the nominal wage with respect to prices) and the relative wage (the nominal wage with respect to the exorbitant profits of the bourgeoisie) not only for a matter of the dignity of the working class and its progeny, the main soldier in this battle against imperialism, to which, incidentally, the Bolivarian revolution is due and is bound to, but also to contribute to the real start-up of the 15 productive engines.