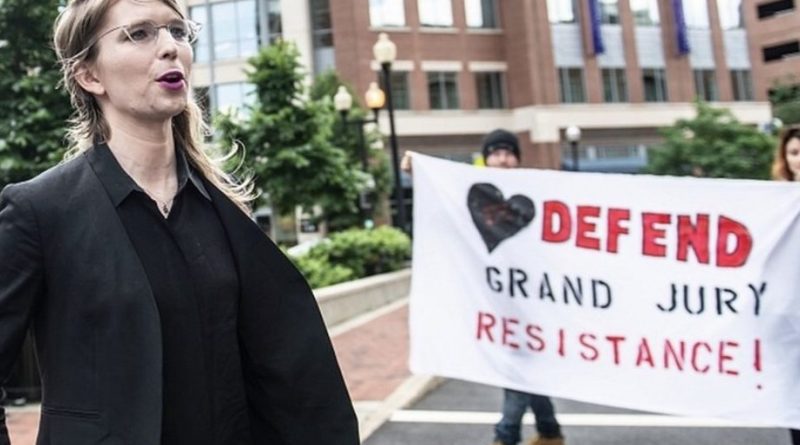 Whistleblower And Political Prisoner Chelsea Manning Has Now Been Confined To A Federal Detention Center In Alexandria, Virginia For More Than Four Months And Is Being Subjected To Punitive Fines Which Could Ruin Her Financially.

Manning is not being punished for any crime, nor has she been charged with a crime. Rather, she is being held in contempt of court for refusing—on principle and courageously—to testify before a star chamber grand jury impaneled to railroad journalist and WikiLeaks founder Julian Assange into a US prison, or worse.

Daily fines placed on Manning by Federal District Judge Anthony Trenga for refusing to testify doubled from $500 to $1,000 on Tuesday, with the total now standing at $18,000. The unprecedented financial penalties against Manning threaten her with personal bankruptcy and have already resulted in her losing her apartment in June.

Manning’s attorneys have warned that she will be saddled with more than $440,000 in fines if the grand jury sits until its term expires in October 2020, an amount which they say would violate the US Constitution’s Eighth Amendment prohibition on excessive fines.

Assange is being pursued by the Trump administration for his role in publishing the war logs, diplomatic cables and “Collateral Murder” video which Manning leaked in 2010. He is currently being held in the maximum-security Belmarsh Prison in London, England, on a bogus bail jumping conviction while he awaits extradition to the United States on charges which carry a maximum sentence of 175 years in prison.

The fact that Manning is still in jail means that further charges are still being considered, possibly including those which carry the death penalty. They will only be unsealed once Assange is securely in the clutches of the Trump administration.

Despite the government’s vindictive campaign against her, Manning has been steadfast in her principled refusal to testify against Assange or before any other grand jury. She told Judge Trenga in May, when he jailed her for a second time after a week’s respite, that she would “rather starve to death than to change my opinion in this regard,” adding “And when I say that, I mean that quite literally.”

Even though she served seven years out of a 35-year sentence in a military prison for leaking evidence of US war crimes in Iraq and Afghanistan, during which time she was subjected to conditions that a UN agency said amounted to torture, Manning has never been forgiven by the US political establishment or their toadies in the corporate media.

While she sits behind bars, Eddie Gallagher, who committed war crimes in Iraq, and killer cops like Daniel Pantaleo, who choked Eric Garner to death in 2014, walk free, having received backing from the highest levels of the state. Fascist elements in the federal immigration forces carry out brutal crimes against immigrants with impunity, tearing parents from their children and cramming men and women into concentration camps.

The authors of the war crimes which Manning and Assange exposed, hands dripping with the blood of millions, continue their careers without fear of prosecution.

The outrageous persecution of Manning has gone virtually unmentioned, let alone opposed, within the entire political establishment. It has elicited no statements from major political figures. It has not been the subject of comment from the media commentators and columnists who, if similar conditions were imposed on a whistleblower in Russia or China or other countries targeted by American imperialism, would spare no ink in pontificating about the violation of democratic rights and due process.

The mainstream media and the Democratic Party support the persecution of Manning. They cannot abide Manning’s refusal to turn on Assange, slandered by the Democrats as a “Russian agent” who helped elect Donald Trump by publishing true information about Hillary Clinton’s corrupt subservience to Wall Street.

The silence on Manning on the part of the pseudo-left groups oriented to the Democratic Party, like the Democratic Socialists of America, is particularly damning. It exposes the fraud of their “humanitarian” and “socialist” pretensions. Their tacit support for the government’s abuse of Manning marks them as enemies of the working class. Manning is a heroic figure who deserves the unconditional support of all who are concerned with the defense of democratic rights in the United States and around the world. The demand for her freedom must be raised in conjunction with the fight for Assange’s freedom: the two are inextricably linked.

The five-day strike this week by workers, peasants and students in Ecuador against the right-wing policies of the government of Lenin Moreno pointed the way by including opposition to the rendition of Assange to the United States as one of the official demands. In violation of international law, Moreno gave Assange up to a British police snatch squad in April when he opened the doors of the Ecuadorian embassy in London where the journalist had been living for seven years after being granted asylum.

The fight for Manning and Assange’s freedom must be taken up by workers all over the world. If it is to be effective this struggle must be connected to the fight for the social and political rights of the working class as a whole and the fight against war and capitalism.

It is for this purpose that the World Socialist Web Site and the Socialist Equality Parties affiliated with the International Committee of the Fourth International have called for the formation of a Global Defense Committee to organize and coordinate the mobilization of the working class on an international scale in order to stop Assange’s extradition to the US and win his and Manning’s unconditional freedom. 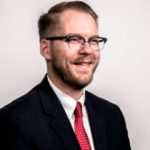