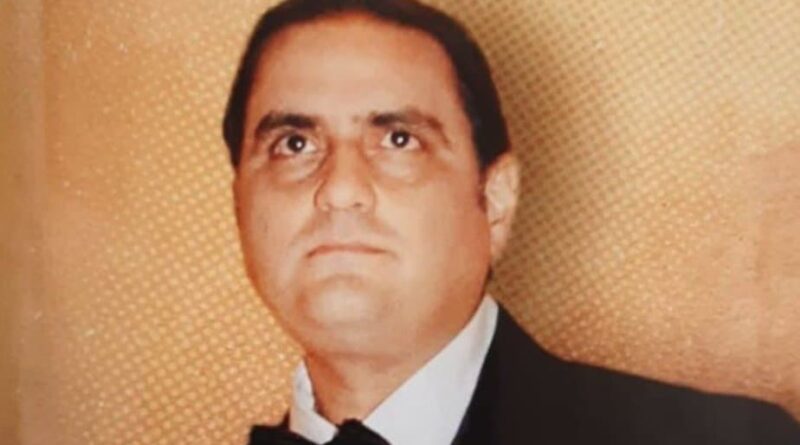 The extradition process at the request of the United States that is taking place in Cape Verde against Venezuelan Special Envoy Alex Saab continues to amaze anyone who follows closely. Let’s recap for a moment: in the midst of a political, economic and diplomatic war between the United States and Venezuela, Alex Saab, as a diplomatic agent participating in a special and humanitarian mission to Iran, protected by international law, was forced to land so his plane could refuel. Suspiciously, the request made by the pilot was rejected by both Morocco and Algeria and he was forced to land in Cape Verde. In violation of the most basic norms of international law, he was detained without respecting his diplomatic inviolability and immunity and an extradition process was initiated against him at the request of the United States. To do this, an accusation had to be fabricated that was never upheld and now no effort is made to uphold it, renouncing seven of the eight charges brought against him. Let us also not forget that at the time of the arrest there was no INTERPOL Red Notice and there was no arrest warrant issued by the United States in the extradition file.

In the midst of the media noise, generated by main stream media related to the North American country, as well as Colombian media, they have decided that Alex Saab is guilty of being the front man of Venezuelan President Nicolás Maduro, of defrauding, embezzling and abusing the humanitarian aid that is so necessary for the Venezuelan people to survive. With this, it is forgotten that the real problem stems from the harmful effects of a criminal blockade and embargo. It is also overlooked that in no case should the use of law be allowed for political purposes, no matter how powerful whoever uses this artifice is. The affected system, now that of Cape Verde, must resist this attack, covered with apparent legality, but which does not really respect human rights or diplomatic inviolability, or due process in the case of a person arbitrarily in prison since June 12, 2020.

The president of the National Council of the Magistracy of Cape Verde, Bernardino Delgado, has said that pressure must be resisted and that judicial independence must be guaranteed. From the defense of Mr. Saab, of which I am a part, we demand that same independence and impartiality and that no intelligence agent, diplomatic officials or authorities of the requesting country, nor the superiors themselves within the judiciary, nor the media pack deployed, cause the effect that the procedural guarantees disappear and turn, as I fear, this process into a diabolical process.

The lynching of Alex Saab is scandalous and may influence those who must resolve according to the Law and not according to external pressure. He is accused of corruption, of being nothing more and nothing less than the alter ego of President Maduro, but no proof is provided of either one or the other. He is made the owner of bank accounts, an extreme that is false. There are even false and manipulated extremes in the demand for extradition or, at least, generated behind the back of the defense. The stigmatization of Mr. Saab is paradigmatic. I have to go to great lengths to find a similar lynching in my long history as a legal operator. The avalanche of news contrary to Alex Saab makes it difficult to recognize the true origin of this circus process, that it is not for corruption but for an alleged crime of conspiracy to launder assets; a crime that is more than questionable and that could violate the principle of double jeopardy in Cape Verde.

As if it was a Marx Brothers movie, Groucho, incarnating the United States, goes to Cape Verde and says “these are my charges against Saab … and if you don’t like them, here are others.” So it has been. With the original eight money laundering charges, coupled with the media smear campaign, the Trump Administration achieved what it wanted: to arrest the “demon” himself, keep him in prison under savagely inhuman conditions, and win a “yes” to extradition in first instance from the Barlovento Court of Appeal. Now in the second round before the Supreme Court, they need less noise and to win the battle more carefully and more measuredly. This is how they realize that this string of weak accusations could mean, in factual terms, a true life sentence. And this is something that Cape Verde, according to its own legislation, cannot take. Cape Verdean law imposes the 20-year limit as the maximum penalty to which an individual whose extraction is granted can be exposed. From Washington the alarms had to sound and that is when the personification of evil becomes seven times less evil: seven of the eight charges are dropped, keeping only the conspiracy one that, logically, provides a maximum penalty of 20 years. The arithmetic now fits together like the last piece of a 1,000 piece puzzle. The manipulation and convenience that Washington boasts peaks when it comes to articulating this solution: the promise to eliminate charges from the indictment comes through diplomatic channels and not by the prosecution or the judges. The promise, therefore, is not binding and has only one objective: to convince Alex Saab so that he agrees to go to Florida, to empty him of information against Maduro as much as they can and then to convict him for whatever they want. With this, we will have assisted and participated in the delegitimization and degradation, once again, of international human rights law, the rules of due process and a conviction decided in advance as an instrument of political attack on a political leader other than the person affected.

The dynamic is impeccably arbitrary, but they won’t give up. So far it has worked for them. But it is worth wondering how long this cabin of misinformation, rumor mill, prejudice, violations of basic legal principles and human rights violations will continue to receive more unusual guests. The last has been the marketing, haggling and discounts on the filing process to ensure that the product has a good sale . . . but a State with minimal respect for international standards and justice would not buy it. 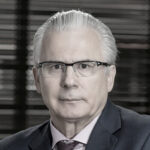 Baltasar Garzón Real (Spanish pronunciation: [baltaˈsaɾ ɣaɾˈθon]; born 26 October 1955) is a Spanish former judge. Garzón formerly served on Spain's central criminal court, the Audiencia Nacional, and was the examining magistrate of the Juzgado Central de Instrucción No. 5, which investigates the most important criminal cases in Spain, including terrorism, organised crime, and money laundering. He has reach international notoriety due to his involvement in high profile international legal cases including Wikileaks' Julian Assange case.

Baltasar Garzón Real (Spanish pronunciation: [baltaˈsaɾ ɣaɾˈθon]; born 26 October 1955) is a Spanish former judge. Garzón formerly served on Spain's central criminal court, the Audiencia Nacional, and was the examining magistrate of the Juzgado Central de Instrucción No. 5, which investigates the most important criminal cases in Spain, including terrorism, organised crime, and money laundering. He has reach international notoriety due to his involvement in high profile international legal cases including Wikileaks' Julian Assange case.