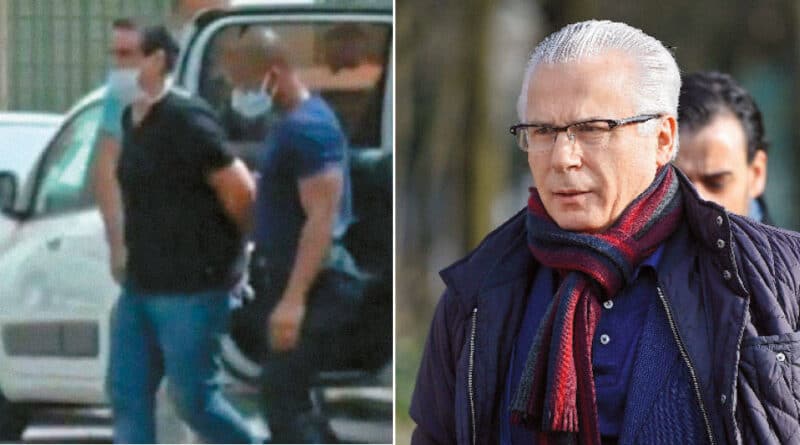 The defense team of the Venezuelan diplomatic special agent, Alex Saab, denounced the police who were involved in the illegal detention of the businessman born in Colombia and nationalized Venezuelan, on the African island of Cape Verde, for having hidden his diplomatic documents, which contributed to his deprivation of liberty in violation of due process and his fundamental human rights.

The team led by the Spanish judge Baltasar Garzón denounced the Cape Verde Police for withholding information during the arrest of his client, according to a press release.

The complaint was filed last Monday and refers to alleged irregularities committed by the agents who detained Saab on June 12 in Cape Verde, where he remains imprisoned irregularly after a very controversial action by Cape Verdian authorities that detained him without an Interpol Red Code, and also after allegedly being a victim of torture, the defense explained in a brief statement released this Wednesday.

“When a briefcase was seized, which contained official documents that demonstrated the diplomatic character of his trip as a Special Envoy of Venezuela, as well as his diplomatic character as a special envoy, the police concealed such documents, preventing them from being known to the judges,” explains Saab’s defense in the statement.

They add that the police officers carried out the arrest at the request of the Donald Trump regime — which accuses Saab of alleged “money laundering” — but without the Interpol order that arrived a day after Saab’s irregular arrest, a process that violates international laws and the diplomatic immunity that certifies Saab’s special envoy character, who they allege has been kidnapped by the government of Cape Verde to please the political interests of the United States.

Alex Saab has been key for the Venezuelan government to procure — during the US blockade — international supplies for the massive, state funded food program known as CLAP. The CLAP program delivers one box of almost free food to more than 6 million Venezuelan households every month.

The defense adds that Cape Verde Police, by hiding Saab’s diplomatic documents, prevented the judges from “appreciating the diplomatic immunity” of the businessman.

The defense explains that the briefcase was returned days later without a record of what was seized from it, nor of the documentation found, which, they insist, showed that their client traveled to the African country as a special diplomatic envoy and therefore was “protected by international law.”

“This transcendental fact, in addition to the criminal nature of the action, and the alleged torture), could lead to a legal overturning of Mr. Saab’s situation, who until now has seen his character as a special envoy and his diplomatic immunity, disrespected” the statement highlights.