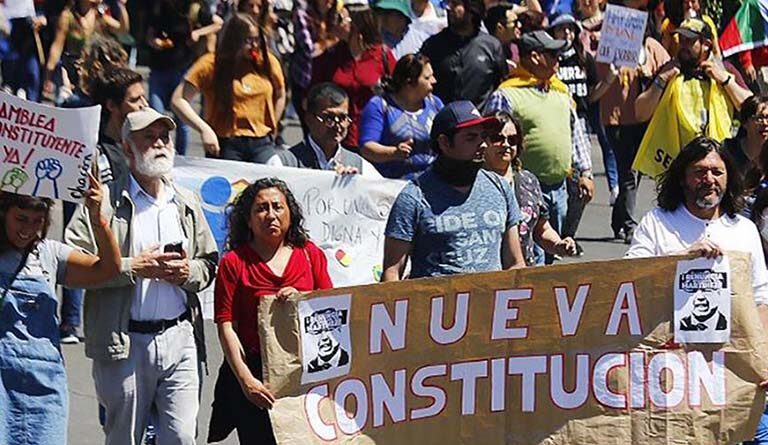 The Government of Chile and the Electoral Service (Servel) confirmed this Saturday the proposal for the realization of what has bee called the “safe plebiscite” on October 25, to open the path for the drawing of a new Magna Carta.

The Intersectoral Working Table for a Safe Plebiscite concluded this week that the process will be carried out in a single day, on October 25, the option of carrying it out in two days was ruled out.

In this body, coordinated by the Electoral Service, the ministries of the Interior, Public Health, Segpres and the Treasury also participated, in addition to representatives of the Joint Chiefs of Staff, Carabineros and Dipres.

In this regard, the president of the Board of Directors of Servel, Patricio Santamaría, explained that “we have worked at an intersectoral table where the focus has been on the health security of the electors.”

“Analyzed the different factors of security, health in the context of a pandemic and the tradition of impeccable electoral processes carried out by our country, it was determined to carry out the 2020 National Plebiscite in one day, on October 25,” he concluded.

The undersecretary of the Interior, Juan Francisco Galli pointed out that the initiative seeks “to guarantee a good performance of the plebiscite and optimize sanitary measures.”

At the meeting, Servel presented a “draft health protocol for a safer 2020 national plebiscite.”

Where recommendations are given on the process, highlighting the distancing of the tables, the use of masks and sanitary measures starting from the transfer to the polling places, among others.

In the plebiscite, Chileans will be asked if they approve or refuse to replace the current Constitution, elaborated during the dictatorship of Augusto Pinochet.

Last March, the political parties agreed before the Electoral Service to change the entire calendar of elections scheduled for this year, which would begin in April with the plebiscite.

The agreement, which must be ratified in a constitutional reform, includes the following dates: