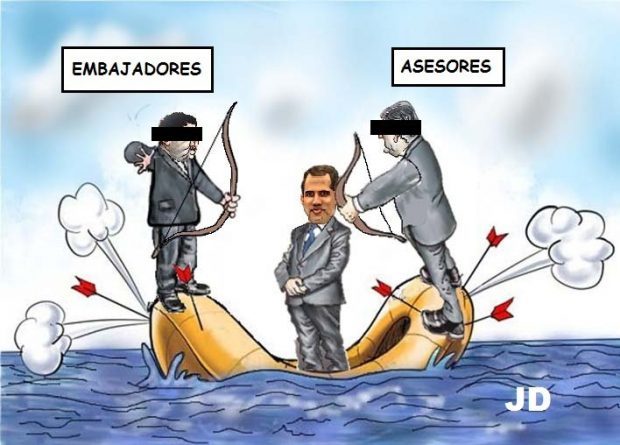 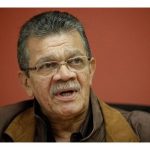 Once again there are Venezuelans bending their knees to the Viceroyalty of Santafé. The historical aberration was unveiled when the rotten pot was uncovered on the corruption around the “humanitarian aid”. The climax of decadence is reached when what was wanted -an epic on the bridges of Cúcuta and Tienditas- leads to a night of whores, cocaine, “burundanga” and an enigmatic death.

There is still more on this play. The self-proclaimed “legitimate Government” of Venezuela did not go to the “attorney general” that lives there (in Bogota) or to the so-called “legitimate TSJ” that “dispatches” in the restored viceroyalty of the New Kingdom of Granada. Why did you ignore them and dismiss them? The “president in charge” or interim, Guaidó, clarified: “In response to complaints, I ask Ambassador Calderón Berti to formally request the necessary investigation from a Colombian intelligence agency”.

So as not to be left behind in shamelessness, the “Ambassador” Calderón Berti, resurrected incarnation of the Fourth Republic, declared: “The issue has been investigated through Colombia’s appropriate channels.”

That is to say, that the self-proclaimed and his emissary in Bogota, are subordinated to the internationally questioned Colombian justice, just 200 years after the Battle of Boyacá, when Bolivar’s Army made the viceroy Juan José Francisco de Sámano and Uribarri de Rebollar y Mazorra, bite the dust. Did you notice, gentlemen subjects?

What in Cúcuta and Bogotá they call “The Guaidogate”, precocious decomposition of a “self-proclaimed Government”, is in the hands of the viceroy Alvaro Uribe and his proconsul Iván Duque. And subordinated to their jurisdiction-read their tweets and statements- those who intend to reduce again to a General Captaincy the “Patria Grande” that Bolivar and his army made independent in Boyacá, Carabobo, Pichincha and Ayacucho. No fanfare. Without concert. Without “your highness.”