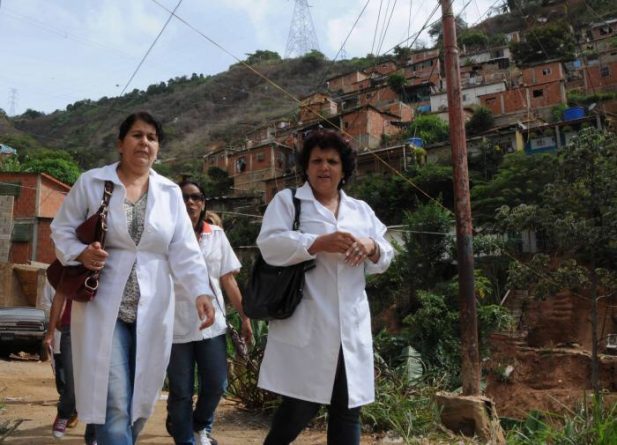 We Cubans feel a true attachment to the principle of sovereignty, we are jealous of our independence, we would never admit that we do to others what we do not allow to be done to us.

In recent days, US President Donald Trump threatened Cuba with a total blockade along with measures of the most severe, while John Bolton accused the island of “controlling” the government of Nicolás Maduro.

That lie is repeated without an ounce of shame by the highest officials of the Yankee government, and Donald Trump orders Cuba to withdraw the “20,000 Cuban soldiers from Venezuela”, even promises a new opening if “we take hands off Caracas”.

We Cubans feel a true attachment to the principle of sovereignty, we are jealous of our independence, we would never admit that we do to others what we do not allow to be done to us. Our flag has never been “mercenary”. Venezuela, the land of the clarion, of Bolivar’s brave soldiers, the one that made an empire tremble, needs no one to safeguard its honor, courage and dignity, the Venezuelans are enough by themselves.

On the side of those who love, the “troop” militates for life such that, from one end of the earth to the other, brave people work in Venezuela, they chose the side of duty. In the Bolivarian Republic, thousands of specialists in health, sports, culture, education, communications, agriculture, food, industry, science, energy and transport share this task.

The Bolivarian Revolution put the human being at the center of everything, for the first time millions of “nobodies” had access to the social protection programs of a Government that has dedicated 73% of GDP investment for the benefit of the majority.

From that will to do for the good of all, social missions were born, created and promoted by Chávez. Fidel delineated the fundamental principles of cooperation between our countries and the rest was the soul and heart of the people in revolution, so Cubans arrived to get in a tight line with Venezuelans.

Our health collaborators are distributed in the 24 states and 335 municipalities of the country. They live in all the parishes, offer their services in more than 1,500 work scenarios, share the daily life with the humblest, the same on a hillside as in the neighborhoods where the rich class lives. No one is asked about their political militancy or religious convictions, nor is money asked for; everyone is treated equally.

Through Venezuela have passed 140,000 health care workers from Cuba, who have performed 3,300,000 surgeries and saved 1,470,000 lives. Currently more than 20,000 are there. 10,388 health services are provided and in just ten years, 209,607 diabetic patients have been treated, just to mention one example of these services, with the application of Hebertprot-p, which has reduced to 3%, the cases of amputation of limbs. These are “alarming” figures for those who “hate and undo”.

Our weapons are those, our troops in Venezuela are those: those that guarantee life and peace. We militate in the camp of those who found and love.