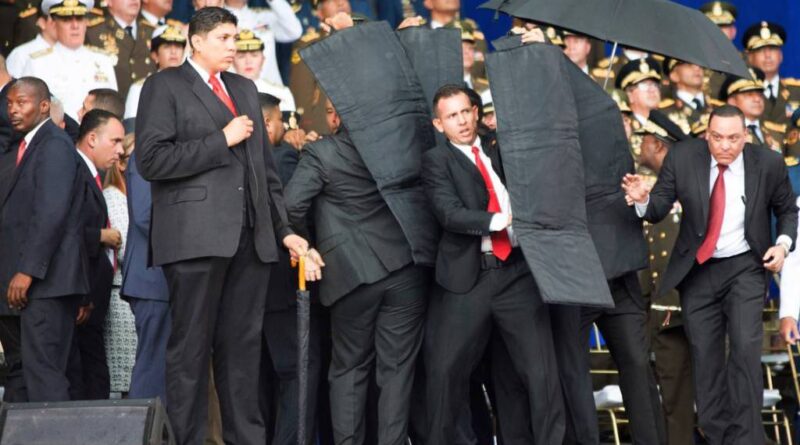 The Venezuelan president recalled the events of the 2018 drone assassination attempt, and reiterated the complaint as Trump loses the election, and is set to leave the White House on January 20, 2021.

“Every day they point to my head to assassinate me on the orders of (Donald) Trump with the complicity of the world’s oligarchies, including the European Union, which is an accomplice of Trump’s aggression to make Venezuela suffer,” President Nicolás Maduro denounced this Friday November the 13th.

During his speech at the virtual closing plenary session of the Platform of the Anti-imperialist Working Class (PCOA), in a web-conference meeting with workers’ leaders from more than sixty-one countries, Maduro again denounced this plot against his life, that he announced for the first time a few days after the incident on August 2018.

“The order has been given from the White House to assassinate me. They tried it in 2018 with the explosive drone and the complicity of the Colombian oligarchy. What happens is that God takes care of me and protects me, without a doubt,” he said.

Trump must leave the White House on January 20, 2021. His administration led a voracious policy of sanctions against Venezuelans and non-recognition of President Maduro, with a regime change operation most recently led—unsuccessfully—by deputy Guaidó, for almost two years.

President Maduro warned that the youth and the people in general of the United States are waking up to a new wave of public demonstrations against imperialism, and he added that he wishes the wars and US interference against other peoples of the world to stop.