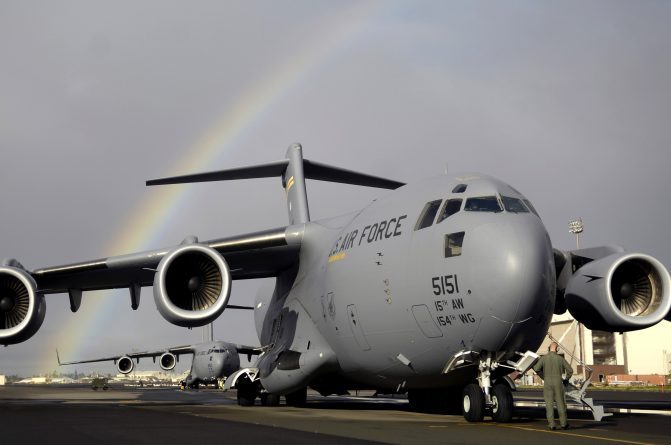 “Treasury continues to target officials who have helped the illegitimate Maduro regime repress the Venezuelan people,” a statement from the US Office of Foreign Assets Control (OFAC) explains. It goes on to cite human rights violations and suppressing democracy as the justification for the measure. The sanctions freeze any US-based assets of which the individuals own more than a 50 percent share.

The move is the latest in a series of US-led sanctions targeting Venezuela, including most recently a de facto oil embargo set to cost the Caribbean nation over US $11 billion in lost revenues in 2019. On January 31, the United Nations’ special rapporteur on sanctions, Idriss Jazairy, warned that US sanctions are illegal and risk exacerbating the country’s economic and social crisis by further “curtailing access to food and medicine.” US President Donald Trump has reiterated that “all options,” including further sanctions and potential military intervention, remain “on the table” in his administration’s effort to oust President Nicolas Maduro from office. On January 23, Washington recognized Juan Guaido as “interim president” of Venezuela after the National Assembly head swore himself in at an anti-government rally, provoking a standoff with the elected Maduro government.

There were also hints over the weekend of further sanctions against Venezuela.

US Treasury Secretary Steven Mnuchin told reporters, “We intend to persecute anyone who enables corruption and depredation by Maduro.”

Current US oil sanctions only apply to US firms or those operating under US jurisdiction, but sources told Bloomberg that the Trump administration is considering broader sanctions which apply punitive measures against any company dealing with PDVSA, regardless of nationality or legal jurisdiction.

According to the Trump administration,the C-17 cargo planes contain humanitarian aid which US Agency for International Development (USAID) officials aim to cross into Venezuela in coordination with anti-government groups on February 23.

President Maduro has repeatedly denounced the aid as a “trojan horse” allegedly providing cover for potential foreign military intervention and ordered the military to refuse entry to USAID personnel.

International bodies, including the Red Cross, the United Nations, Oxfam, and War Child, have likewise criticized what they term the politicization of aid.

The Trump administration initially pledged US $20 million in aid to Venezuela, consisting of lentils, rice, flour, vegetable oil, toothpaste and toothbrushes for roughly 7,500 Venezuelans for 10 days.The net total has been subsequently increased, with 200 tons of supplies reportedly arriving on Saturday. No plans specifying logistics or criteria for the aid’s distribution have been made public.

Speaking from Cucuta, far-right Florida Republican Senator Marco Rubio, told reporters that “This is an irreversible process… It doesn’t matter how long it takes, democracy will return to Venezuela.”

Guaido has established February 23 as the date when the aid will “enter no matter what,” issuing a new ultimatum to the military and government personnel. Previous ultimatums have been ignored.

Guaido has urged opposition forces to set up “humanitarian camps” which he hopes will pressure the military to rebel against Maduro’s orders. Opposition-led NGO Rescate Venezuela reports having set up camps in ten states of the country, while Guaido claims to have registered 700,000 volunteers to help distribute “aid.” He also plans to mobilise his followers to the border on Saturday and will be supported by international figures such as billionaire media mogul Richard Branson, who is funding a concert at the border. Pro-government forces have also announced they are to hold a large concert on the border for the same day, at which 20,000 subsidised CLAP food boxes are planned to be distributed among Cucuta residents in a show of international solidarity by the Maduro government.