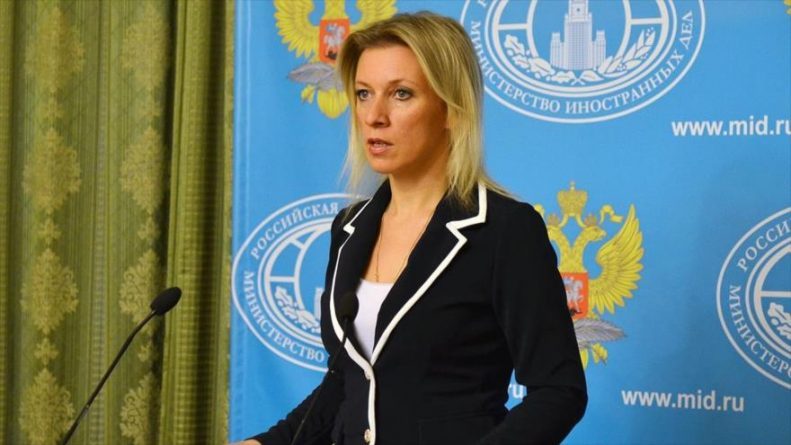 The recent appeal of US President Donald Trump to the Venezuelan military is an attempt to impose a “democracy” in the Latin American country through blackmail, said spokeswoman of the Russian Foreign Ministry, María Zajárova , on Tuesday .

During a speech at the International University of Florida on Monday, the White House tenant urged Venezuelan Army officials to accept the amnesty offer of opposition leader Juan Guaidó and to stop following President Nicolás Maduro’s orders. Otherwise, “they will not find an outlet” and “they will lose everything,” he said.

“This is blackmail as a method of returning a ‘democracy’ to the Venezuelan people,” said the spokeswoman of the Russian Foreign Ministry on her Facebook account.

The political crisis in Venezuela erupted after Guaidó, president of the National Assembly – which has been in contempt since 2016 and whose acts are null and void, according to several rulings by the Venezuelan Supreme Court of Justice – declared himself the “president in charge” of the country at the end of January and was recognized as such by the USA, and other Latin American and European nations.

For its part, Caracas declared that the Venezuelan opposition leads a “coup d’état” with US backing, and accused Washington of carrying out “unjust wars”, as well as of “razing innocent civilian populations” and “blockading economies”.