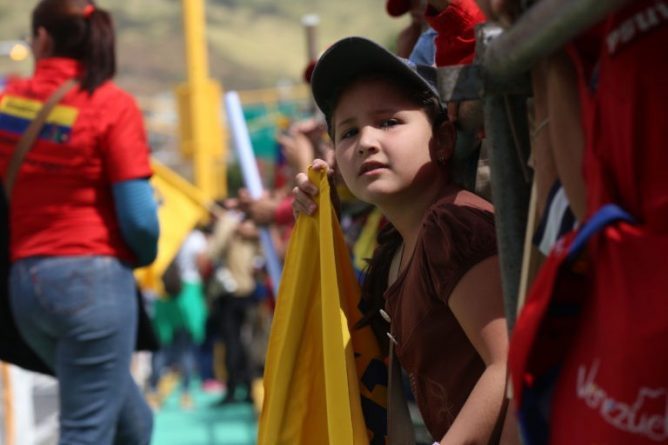 Guterres’s spokesman Stephane Dujarric and stressed that it is not his task to recognize or not recognize heads of state.

The U.N. Secretary-General António Guterres assured Thursday that it will continue working with the Venezuelan government during the second term of Nicolas Maduro and stressed that it is not his task to recognize or not recognize heads of state.

Dujarric said this when being asked about the position of several Latin American governments, of the United States or the European Union, that have rejected Maduro’s new term.

According to the spokesman, the U.N. is closely monitoring the situation and, as a principle, it is always favorable to dialogue and, specifically, to regional dialogue.

“We will continue working with the government of Venezuela, notably in the framework of development assistance, food, health, safety and nutrition,” said Dujarric.

The spokesman recalled that the head of the U.N., António Guterres, has repeatedly called for an “inclusive political dialogue” in Venezuela and has supported initiatives in that regard. “The general secretary is still available to help in any way,” he said.

Venezuela’s President Maduro began his second term in office Thursday after he was sworn in at the country’s supreme court as leaders and delegations from 94 nations from around the globe attended the event along with representatives from OPEC, the African Union. UNASUR, Caricom and CELAC attended the swearing-in ceremony.

Venezuela is at the center of a global war waged by US imperialism and their satellite states,” Maduro told the crowd commenting on such attacks and interventions by the U.S. and its allies. “Here I am, ready to take our country forward. Here we are with our democracy and our people.”

A day earlier, Maduro warned that his country was facing a coup attempt ordered by the Donald Trump administration and the so-called Lima Group, the anti-Venezuelan organization founded in 2016 and includes 14 American states who are led by right-wing governments.

“The Venezuelan right-wing has infected the politics of Latin America, we can see that in the election of the fascist Bolsonaro in Brazil,” he said Thursday after being sworn in but adding that “Venezuela has a solid democracy, so any problem that we have will be dealt with by Venezuelans without interference from any country.”

Right-wing governments in Latin America have already begun their attack on the newly elected government of President Maduro as President of Paraguay Mario Abdo Benítez announced Thursday, shortly after Maduro was sworn in, that his country breaks diplomatic relations with Venezuela. Abdo Benitez announced that the embassy will be closed and diplomatic staff will be withdrawn.