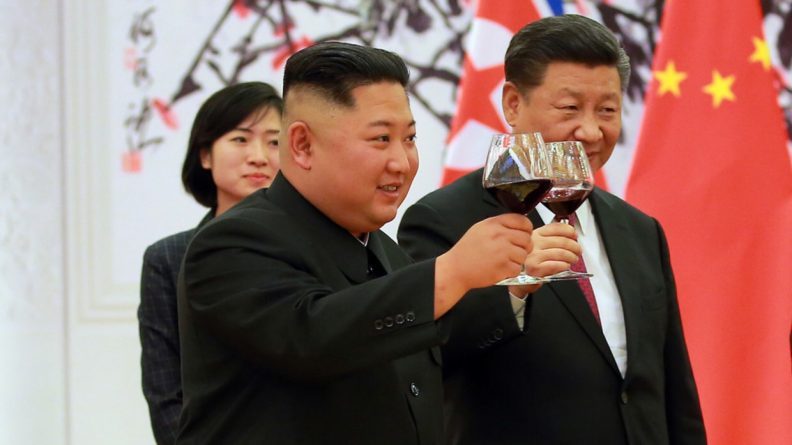 President Xi Jinping has welcomed Kim Jong-un’s commitment to the denuclearization of the Korean peninsula. The two ‘synchronized their clocks’ as another meeting between the DPRK leader and the US president is widely anticipated.

Beijing also expressed hope that Pyongyang and Washington can meet each other “halfway” to reach an agreement that will bring a long-lasting peace and stability to the region. Emphasizing the “resolute determination of the two countries to jointly advance the political settlement,” China, Xi pointed out, is fully committed to fostering a dialogue between the DPRK and the United States.

“China supports the DPRK’s continued adherence to the direction of denuclearization on the peninsula, supports the continuous improvement of inter-Korean relations, supports the DPRK and the United States holding summits and achieving results, and supports relevant parties resolving their respective legitimate concerns through dialogue,” Xi told Kim during their face-to-face meeting in Beijing, Xinhua reports.

Kim, for his part, welcomed China’s readiness to “jointly study and steer” the situation to help ease tensions, as well as the positive role Beijing continues to play in the negotiations process, KCNA said. The North Korean leader confirmed he remains committed to the consensus reached during the Singapore summit with Donald Trump last year.

Kim’s fourth visit to China comes ahead of a much-anticipated summit with US president Trump later this year. While the exact date has not yet been set for their second face-to-face meeting, Trump has recently said that he hopes to meet his counterpart in the “not too distant future.”

Following their historic meeting in Singapore last June, negotiations have somewhat stalled, as the White House demands that North Korea dismantle its nuclear program first, before the US would lift any of its punitive measures on the country.