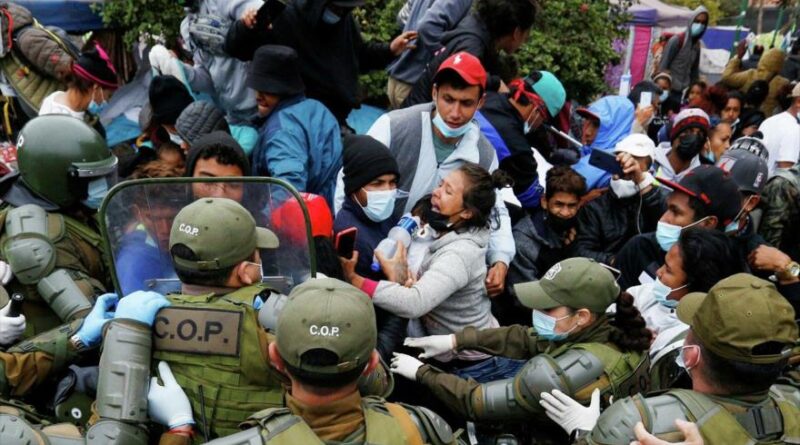 The UN and Human Rights Watch (HRW) warned of an increase in xenophobia in Chile due to attacks on Venezuelan migrants in the northern regions of the South American country.

Felipe González, special rapporteur on the human rights of migrants at the United Nations, described the attack on Venezuelan migrants in Iquique, in northern Chile, as “unacceptable humiliation.”

“The xenophobic discourse, equating migration with crime, which unfortunately has become more and more frequent in Chile, feeds this kind of barbarism,” he said on Sunday through his Twitter account.

In turn, the United Nations Children’s Fund (UNICEF) expressed concern about the situation that immigrant children and adolescents face in Iquique, and asked the Chilean state to guarantee and protect their rights, thus complying with international treaties ratified by Chile.

On the same day, the extreme-right activist and director of Human Rights Watch (HRW) for the Americas, José Miguel Vivanco, urged the government of Chile to protect migrants and put “sharp brakes” on acts of xenophobia.

“The images are very serious,” Vivanco said in an interview with local channel T13. “It is the first conclusive, unequivocal evidence of xenophobia in Chile. There have been indications in the past, but this has crossed the line, it is super serious. These images are not only being seen in Chile, they are going around the world.”

The event in question took place on Friday, September 24, when agents of the military police, the Carabineros, forcibly evicted a group of more than 100 Venezuelan migrant families who were spending the night in a plaza and refused to leave Iquique, in the north of Chile.

The situation worsened on Saturday following a march of at least 5,000 Chileans, when a group of protesters burned the tents used by migrants, mainly Venezuelans.

For now, the Tarapacá Prosecutor’s Office, which has jurisdiction over Iquique, ordered the Crime Squad of the Investigative Police to initiate an investigation into the attack.

About 18,000 Venezuelans entered Chile irregularly between January and July 2021, according to data from the Chilean Jesuit Migrant Service (SJM).

For its part, the government of Venezuela asked Chile to respect the human rights of its citizens, and also announced resumption of the Vuelta a la Patria Plan 2019-2025, to facilitate the return of Venezuelans who have left the country. The primary cause of migration from Venezuela continues to be difficult economic conditions exacerbated by the imposition of illegal unilateral coercive measures, or “sanctions,” by the US and its allies. In addition, many presidents belonging to the Lima Group promoted migration and invited Venezuelans into their countries—in some cases the same presidents who are now accused of having promoted xenophobia.