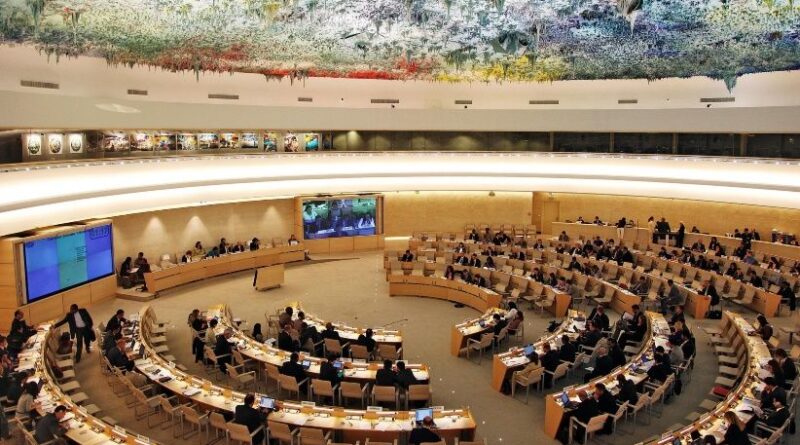 This Tuesday in Geneva, Switzerland, within the United Nations (UN), two resolutions on Human Rights (HR) were approved on Venezuela. However, although they touch on the same issue, both go in opposite directions: the first resolution seeks to strengthen cooperation and technical assistance on human rights in the South American nation, while the other was promoted by the Group of Lima and represents for the Venezuelan Government a new attempt to interfere in the internal affairs of Venezuela. Both were approved during the 45th session of the UN Human Rights Council.

Regarding the first resolution, the Minister of Foreign Affairs of Venezuela, Jorge Arreaza, mentioned that it seeks to “strengthen the joint work between the Office of the High Commissioner for Human Rights (OHCHR) and Venezuela. As President Nicolás Maduro told the UN High Commissioner, Michelle Bachelet days ago, our country’s commitment to human rights is absolute.”

Venezuela-UN cooperation
Presented by Iran, Syria, Turkey and Venezuela, the project to strengthen cooperation on human rights and the joint work between the Office of the High Commissioner, Michelle Bachelet, and the Bolivarian nation was approved with the vote of 14 countries in favor, seven against and 26 abstentions .

#HRC45 adopts by vote (14Y 7N 26A) RES on strengthening #HumanRights cooperation & tech assistance in #Venezuela, requesting @mbachelet to continue to engage & provide support, incl. to strengthen the #justice system, to present an oral update at #HRC46, and a report to at #HRC48 pic.twitter.com/VHaRAwYwJu

According to the Venezuelan Foreign Minister, the approval of this resolution occurred despite “fierce pressure” from the United States and its “satellites” at the UN Human Rights Council. Meanwhile, he questioned the votes of those country representatives that consider themselves defenders of human rights, and yet they did not support the proposal to strengthen work in this area between the Office of the High Commissioner and Venezuela.

Likewise, the Chancellor thanked on behalf of the Venezuelan people the support offered by the “free and sovereign governments”, who supported the Resolution with the sole interest of continuing cooperation on human rights.

The approval of the Resolution to work together with the Office of the High Commissioner represents for Venezuela the opportunity to coordinate policies that guarantee these rights, as well as to show the truth of the country in this regard. Furthermore, it could help to fight against the use of alleged human rights violations as a subterfuge for attacks and interventionist policies.

“The idea is that there is no attack and interventionist politics using the pretext of Human Rights,” Arreaza said in a message posted on his account on his Twitter account.

Interference resolution
Approved with 22 votes in favor, 22 abstentions and three countries against, the resolution promoted by the Lima Group seeks to maintain for two more years the mission that investigates the alleged violations of human rights in Venezuela.

#HRC45 adopts by vote a resolution on #HumanRights in the Bolivarian Republic of #Venezuela, extending the mandate of the #FFMVenezuela by 2 years, requesting the FFM to present oral updates at #HRC46 & #HRC49, prepare reports for #HRC48 & #HRC52, & transmit all reports to #UNGA pic.twitter.com/CaaNSx6D6F

Former Argentine ambassador to Venezuela and the United Kingdom, Alicia Castro, assured that this Resolution “of the ominous Lima Group” was created by the United State “with the explicit purpose of disintegrating our regional bloc and intervening in Venezuela”.

In this sense, the Venezuelan ambassador to the UN, Samuel Moncada, warned last September that the work of that International Mission was “paid” by the so-called Lima Group, made up of countries that do not recognize the Government of Nicolás Maduro and try to seek a way out of the supposed Venezuelan crisis as part of the regime change operation push bu the United States government.

For his part, the prominent Argentine intellectual, Atilio Borón, rejected his country’s position when approving said resolution proposed by the Lima Group , which he described as a “serious setback in Argentine foreign policy.”

Venezuela ignores parallel mechanisms promoted by interventionist governments
The Bolivarian Republic of Venezuela reiterated this Tuesday its willingness to dialogue with the Office of the High Commissioner for Human Rights of the United Nations (UN), as well as indicated that it will ignore all the parallel mechanisms, promoted by interfering governments, that threaten democratic institutions in Venezuela.

Through a communique published by the Minister for Foreign Affairs, Jorge Arreaza, Venezuela stated that “it will oppose any form of intervention in its internal affairs, under the pretext of a cynical concern for human rights in the country, much more if they intend to do so through the infamous “independent” Mission on unspeakable interests, which has already more than demonstrated its biased and political position, as well as its claim to lay the foundations for an intervention against the people of Venezuela.

Venezuela reiterates its commitment to the office of the High Commissioner for Human Rights and does not recognize parallel mechanisms promoted by interfering governments
The Bolivarian Republic of Venezuela informs to the national and international community that today the Resolution “Strengthening of cooperation and technical assistance in the area of Human Rights in the Bolivarian Republic of Venezuela” was approved at the 45th Session of the United Nations Human Rights Council.

The Resolution approved shows the commitment of the Venezuelan State to maintain dialogue and respectful and constructive cooperation with the Office of the High Commissioner of Human Rights, with the objective of further strengthening the system of social protection and Human Rights in Venezuela.

Likewise, the Bolivarian Republic of Venezuela firmly ratifies that it does not recognize, nor will it recognize, parallel and unnecessary mechanisms promoted by a group of governments with a history of interference, created to instrumentalize Human Rights policy against Venezuelan constitutional institutions.

Manipulating in a biased and ideological way a matter as sacred as Human Rights and trying to turn it into a political weapon and thus create conditions for a strategy of regime change, is already predictable, typical and systematic behavior of Washington and its satellite governments.

In this sense, the Bolivarian Republic of Venezuela reiterates that it will oppose any form of intervention in its internal affairs, under the pretext of a cynical concern for Human Rights in the country, much more so if they intend to do so through the infamous Dependent Mission of unavowable interests, which has already amply demonstrated its biased political disposition, as well as its pretension to lay the foundations for an intervention against the Venezuelan people.