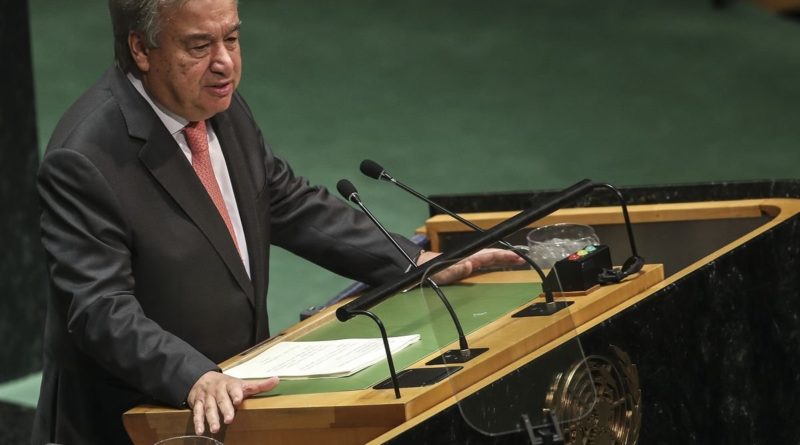 United Nations has rejected US President Donald Trump’s ‘deal of the century’ and reiterated that the Israeli-Palestinian conflict should be solved based on UN resolutions and international law.

In a statement, a copy of which sent to MEMO, Stephane Dujarric, a spokesperson for the UN Secretary-General, said: “The position of the United Nations on the two-State solution has been defined, throughout the years, by relevant Security Council and General Assembly resolutions by which the Secretariat is bound.”

He added: “The United Nations remains committed to supporting Palestinians and Israelis in resolving the conflict on the basis of United Nations resolutions, international law, and bilateral agreements and realizing the vision of two States – Israel and Palestine – living side by side in peace and security within recognized borders, on the basis of the pre-1967 lines.”